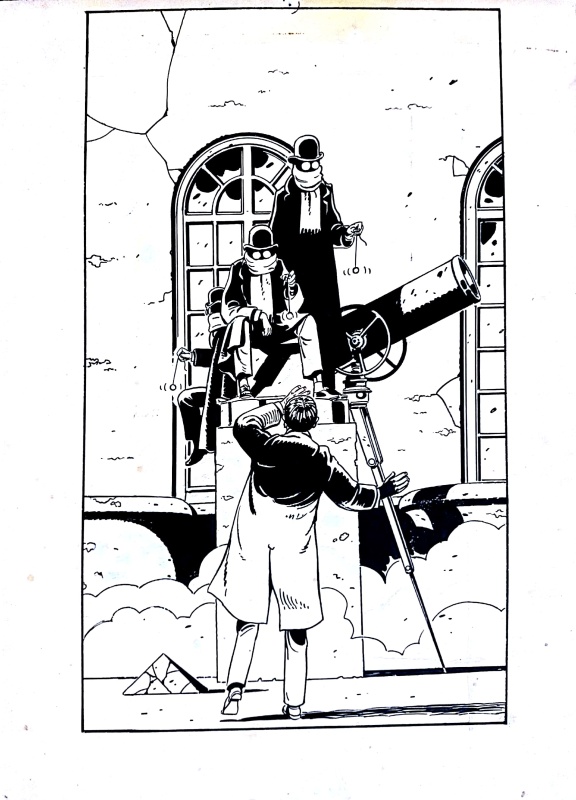 Cover to the fanzine PLGPPUR No. 9, illustrating the second album in the Victor Billetdoux trilogy, Les ombres de nulle part. Many thanks to the 2DG member Kiki06 for this information. A mirror imaged and variant of this illustration was also used as cover for the Danish album.

Pierre Wininger´s Victor Billetdoux trilogy has nearly been forgotten. But Les Aventuriers de l´Etrange published new editions of all three albums in 2018-2019. There was also a fundraising project in May-June 2020 to publish a collected Victor Billetdoux edition in one volume. This would have been a limited black and white hardcover edition, and it looked very, very nice.
It failed, unfortunately. Apparently the interest for Wininger´s stories isn´t that great. The cover on this collected edition would have been this illustration, according to the fundraising plans.
5 comments
To leave a comment on that piece, please log in

French comic artist Pierre Wininger was born in Sain-Mandé. He worked as a modelmaker in the advertising field, before turning to comics. His first comic was a short story for Charlie Mensuel in 1976, and in that same year he created the Tardiesque series 'Victor Billetdoux' in Circus. Three books were published by Glénat between 1978 and 1982. He briefly worked for Trio with Maric, before making 'Le Jardin Sanglant' with Henri Filippini for Pilote. This story was published in book format by Dargaud in 1979. He then produced 'Nicéphore Vaucanson' for Okapi (three books by Bayard, 1981-1984), and worked as an illustrator for Hachette. In 1987 he created 'Terminus Crusoé' for Circus and 'Les Ailes du Rêve' for Air France. From that same year, he made a great many comic adaptations of literary classics for Je Bouquine, including stories by Oscar Wilde, Sir Arthur Conan Doyle, Honoré de Balzac, Mary Shelley, Daphné du Maurier and Antoine de Saint-Exupéry. He disappeared from the comics radar for a long time, and returned in 2003 with the comic story 'Les Miroirs du Temps' in cooperation with Marie-Charlotte Delmas for the collection La Loge Noire' by Glénat. Text (c) Lambiek
Go to Pierre Wininger's page 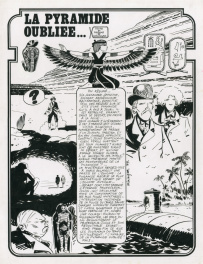 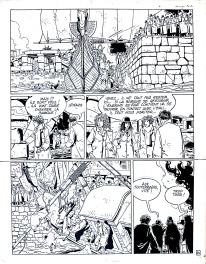 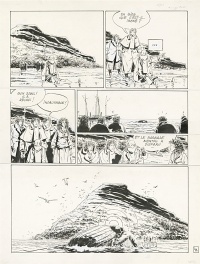