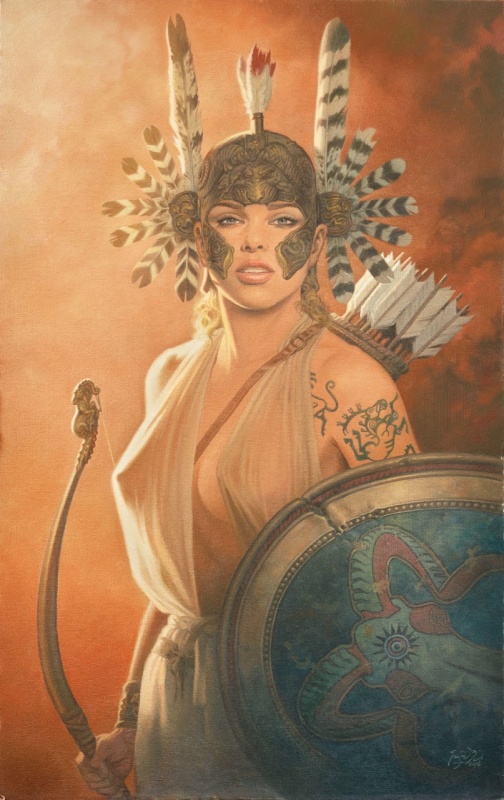 François Miville-Deschênes was born in Bonaventure, a town in the Gasésie area of Quebec. In 1986 he was among the finalists of a novel-writing contest held by magazine Vidéo-Presse. He studied arts in Rivière-du-Loup for a year before publishing his first comic in Louis Paradis' magazine Sextant in 1988. In the following years, Miville-Deschênes travelled through Europe and North-Africa. Back in Quebec in the mid 1990s, he joined the ScaBD group and contributed to the magazine Case Départ. He then pursued a career in illustration near his birthtown Bonaventure, working in genres varying from science, animals, fantasy and children's books. He also did several commissioned comic strips throug Productions Ô Marius, including 'Les Mésaventures de Bobo' (1997), 'Intégration: Quelle intrigue!' (1999) and 'Les Aventures d'Anne-Sophie et de Julien: Le Mystère du Lac' (2000). Around 2002 he pitched his comics project 'Millénaire' to European publishers. The comic, written by Richard D. Nolane was eventually published by Les Humanoïdes Associés and is also translated to Danish, Italian, Dutch and German. After five albums Miville-Deschênes developed a new series with Sylvain Runberg, 'Reconquêtes', which is published by Lombard. Text (c) Lambiek
Go to François Miville-Deschênes's page 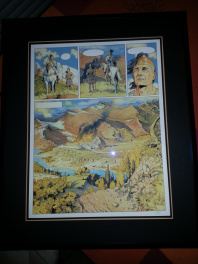 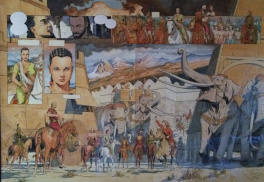 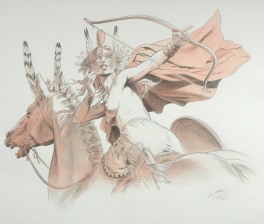 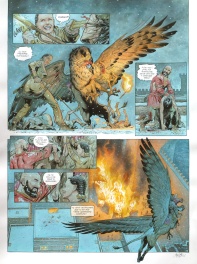