In Sam06  's collection
Back to gallery 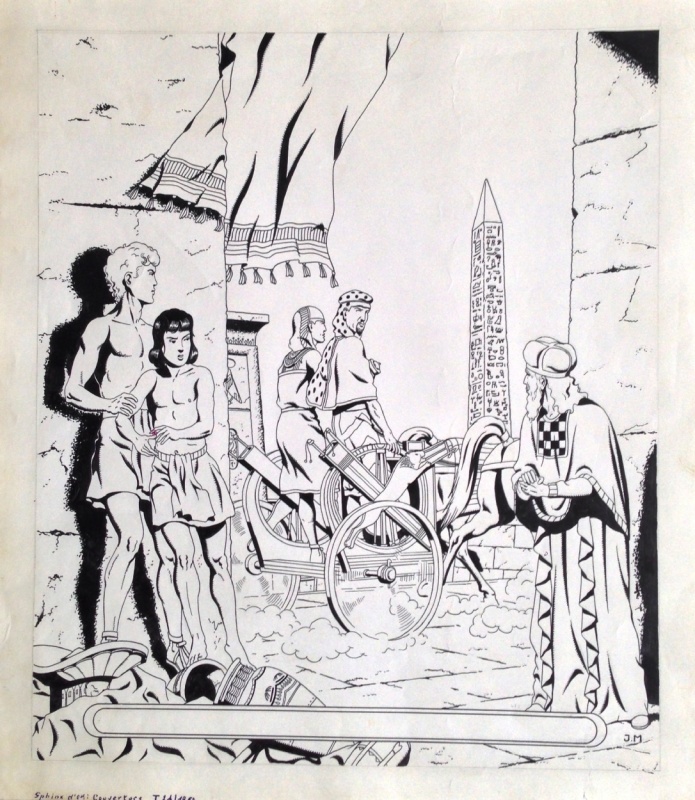 Jacques Martin was one of the classic artists of Tintin magazine, along with Hergé, E. P. Jacobs and Paul Cuvelier. He is best known for two comics series, namely 'Alix' (1948), which is set in the Roman age, and 'Lefranc' (1952-1961, 1977-1982), which follows the adventures of a journalist. But he also created various other historical adventure series, such as 'Jhen' (1978), 'Arno' (1983)', 'Orion' (1990), 'Kéos' (1991) and 'Loïs' (2003). Renowned for his highly realistic artwork and meticulous documentation, Martin's comics are widely seen as artistic highlights. He illustrated various columns for the Belgian comics magazine Tintin too and was creative advisor for the weekly between 1953 and 1972. Martin made major graphic contributions to albums in Hergé's 'Tintin' series as well. His reputation in the field of historical comics is such that he is one of the few comics artists respected and used by historians as reliable educational literature. In a time when many publishers still censored nudity Martin was one of the first Franco-Belgian artists to draw such scenes in mainstream comics, following his quest for historical authenticity. Martin saw himself essentially as a storyteller. Therefore he has worked with a great number of assistants and co-workers since the 1970s. Text (c) Lambiek
Go to Jacques Martin's page 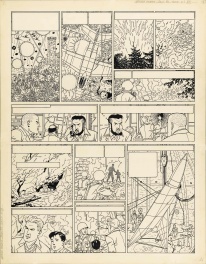 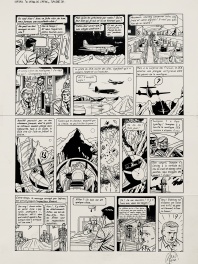