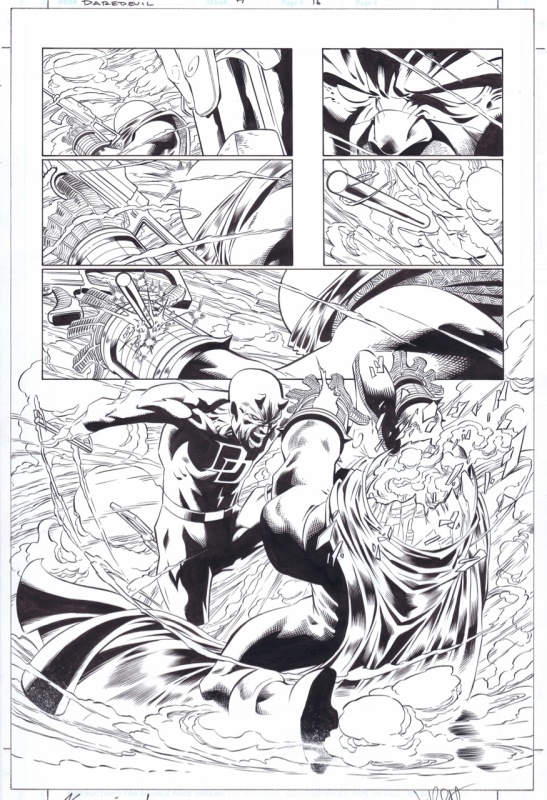 "...smith had a passion for the character and was able to come up with a story that was both new and also a true successor to Miller’s approach to the character. The story bears many similarities to Daredevil: Born Again, something that is later revealed to be quite intentional.
...
But perhaps the most fascinating element of Guardian Devil itself comes in the penultimate chapter of the book with the reveal of Mysterio as the mastermind of the entire plot."

Joseph "Joe" Quesada (born December 1, 1962) is an American comic book editor, writer and artist. He became known in the 1990s for his work on various Valiant Comics books, such as Ninjak and Solar, Man of the Atom. He later worked on numerous books for DC Comics and Marvel Comics, such as Batman: Sword of Azrael and X-Factor, before forming his own company, Event Comics, where he published his creator-owned character, Ash. In 1998 he became an editor of Marvel Comics' Marvel Knights line, before becoming editor-in-chief of the company in 2000, the first artist to attain that position. He was named Chief Creative Officer of Marvel Entertainment in 2010 and left his editor-in-chief role in January 2011, being replaced by Axel Alonso. He was, at his retirement, the longest-serving Marvel editor-in-chief other than Stan Lee.
Go to Joe Quesada's page
Remove from favorite artists  Add to favorite artists
1 comment
To leave a comment on that piece, please log in