Sign up
In michael07 's collection
Back to gallery 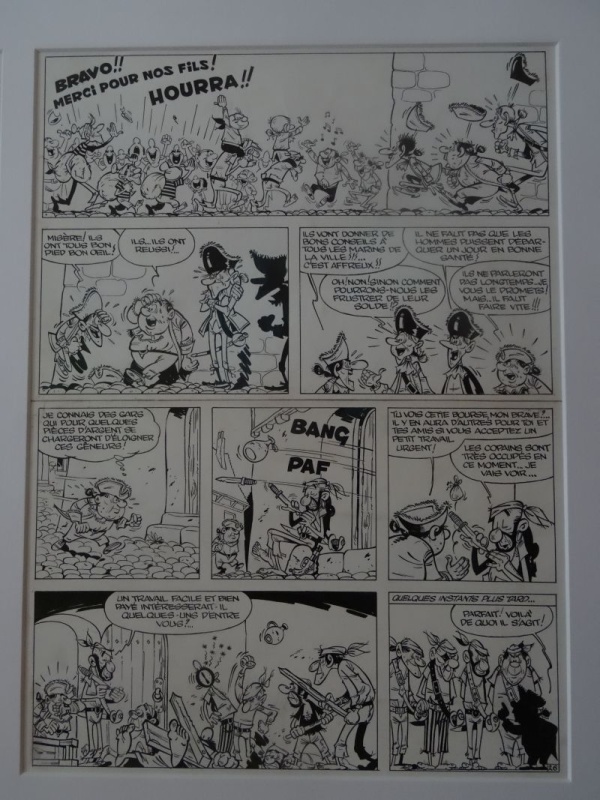 Marcel Remacle was one of the classic artists of Spirou magazine. When he was eighteen years old, he assumed the pseudonym Ted Smedley and published his first cartoons in the Belgian press (Le Moustique, Pourquoi Pas, En Marche, L'Âne Roux), while earning a living as a ladies' hairdresser. In 1956, he was employed by the publishing house Dupuis, where he began working at the art studios in Marcinelle. He created his first short story, 'Le Mousquetaire', and the series about a friendly flying dog called 'Bobosse' for magazine Risque-Tout. After the demise of Risque-Tout, he continued the adventures of Bobosse in the magazine Spirou. In 1958, Remacle created his most famous series, 'Vieux Nick', in Spirou. After a few episodes, this old sailor got company of the pirate 'Barbe Noir', who soon surpassed the main character in popularity. Remacle drew 'Vieux Nick et Barbe Noir' until his retirement in the early 1990s. In 1964, he also created the viking 'Hultrasson', of which Remacle drew three long stories, written by Maurice Tillieux, Vicq or Marcel Denis. 'Hultrasson' was later continued by Vittorio Leonardo. The side-character 'Sepadeffasson' was also featured in some spin-off gags scripted by Denis. Text (c) Lambiek
Go to Remacle's page 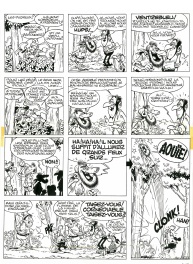 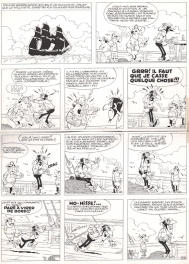 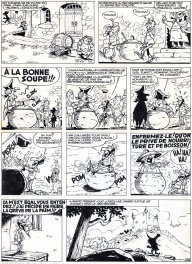