In Zenitram  's collection
Back to gallery 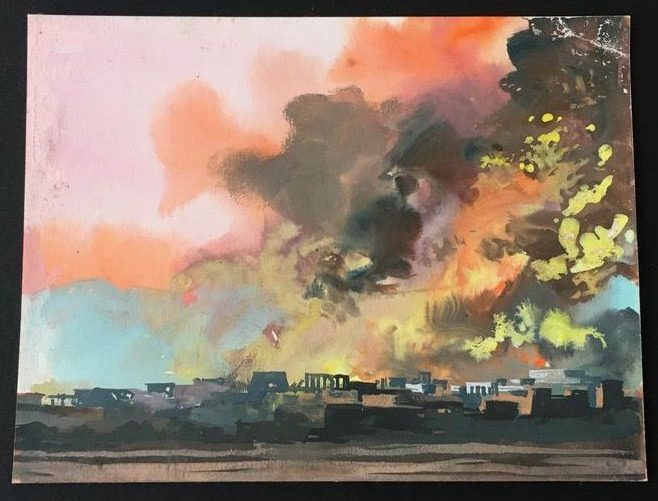 Fiche de vente de ce petit dessin par le vendeur :
Beautiful original painting by Ferdinando Tacconi illustrating The sacking and looting of Thebes by the Assyrians in 663 BC.
The panel was published on the back page of issue 99 of the comic Look & Learn, 7th December 1963, and measures 112mm x 85mm.
Tacconi uses both his blockier expressive style for the buildings and landscape and contrasts these with his fabulous soft washes and striking colours of the flames and smoke.
To leave a comment on that piece, please log in

Ferdinando Tacconi was an Italian comics artist. Tacconi was born in Milan. He earned a degree in Applied Arts from Castello Sforzesco. After collaborating as an illustrator to the magazines Grazia and Confidenze, Tacconi entered the comics field after World War II, debuting with the comic series Sciuscià and later working on a number of comics in Italy, France, and the United Kingdom. His main works included Gli Aristocratici, which he co-created with Alfredo Castelli, L'uomo del Deserto, L'uomo di Rangoon, Dylan Dog and Nick Raider. He often worked for Il Giornalino where he co-created with Gino D'Antonio the series Susanna and Uomini senza gloria. Tacconi died in Milan after a long period of poor health. He was 83.
Go to Ferdinando Tacconi's page 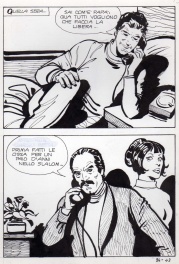 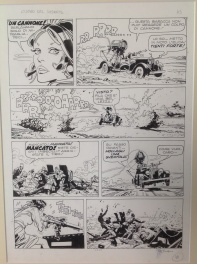 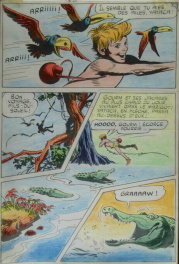 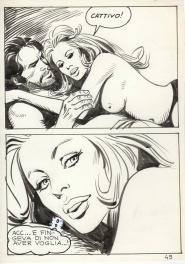