In Marvelman 's collection
Back to gallery 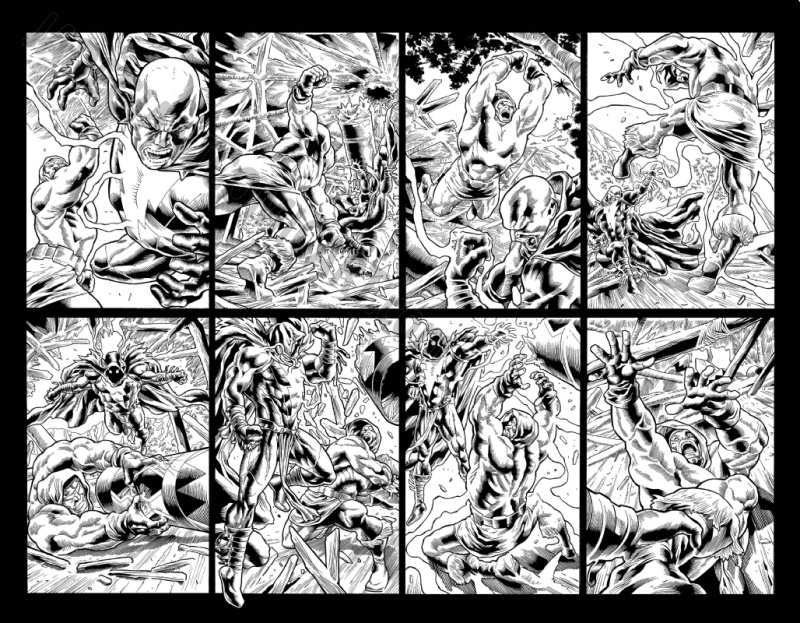 Amazing to see how Joe Bennett's style has developed and matured over the years - he's currently producing some of the best work in comics, both here and over at Marvel with the immortal Hulk. Every single one of these panels could be a powerful and dynamic splash page!

Belardino Brabo provides crisp, clear and very worthy inks to this fabulous art - the anatomy is so solid and weighty these figures could be carved out of stone!

Blueline pencils with original inks by Brabo. Every line crackling with pure power.
2 comments
To leave a comment on that piece, please log in

In the 1990s he used to publish horror comics for two major Brazilian horror comics magazines: Calafrio and Mestres do Terror. His first major work in comics was for Marvel Comics in 1994. Since then, he has worked on several Marvel titles such as The Amazing Spider-Man, Captain America (vol. 2), Fantastic Four (vol. 3), The Incredible Hulk (vol. 2), Thor, and most recently Captain America and the Falcon. He has also worked for other major publishers such as in Chaos! Comics, CrossGen, Dark Horse, DC Comics and Vertigo. Other credits include Conan the Barbarian, Doc Samson, Elektra (vol. 2), Hawkeye (vol. 3), Nova (vol. 3), X-51: Machine Man, Buffy the Vampire Slayer, Birds of Prey, Hawkman (vol. 4), Hawkgirl, The Green Hornet, Mark of Charon and Supreme. In 2005, he signed a three-year contract to work exclusively for DC Comics. Bennett worked with other various artists on the maxiseries 52. Bennett also worked on a number of issues of Checkmate, written by Greg Rucka. He served as a fill-in penciller for the fifth issue of Salvation Run and drew the entire six-issue Terror Titans miniseries written by Sean McKeever. Bennett's work can now be seen in the pages of Teen Titans where he took over the drawing board from fellow Brazilian Eddy Barrows, beginning with issue #71.
Go to Joe Bennett's page 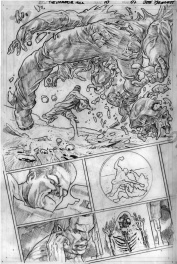 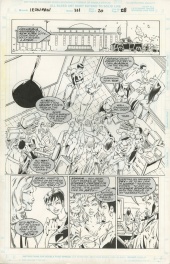 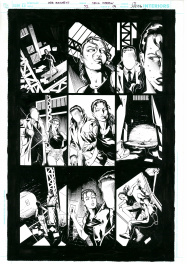