In Kiki06  's collection
Back to gallery 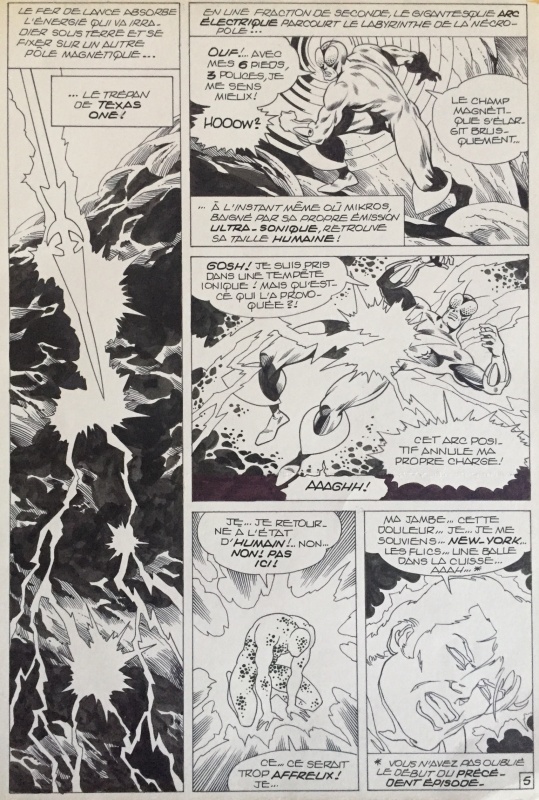 Jean-Yves was born in Toulouse and studied Fine Arts in Lyon. After completing his studies, he found employment in the retouching studio of Lug publishers. Here, he discovered American and Italian comics. In 1980, he started the saga 'Mikros' in Mustang and Titans, and made a comic adaptation of the television series 'Blackstar'. Continuing his work on superheroes, he illustrated stories with 'Cosmo' and 'Photonik', and created 'Epsilon' and 'Kronos'. From 1989 to 2004, Mitton took over 'De Silence et de Sang' from Marc Malès at publisher Glénat (scripts by Cortegianni). Next, he began a series about the Gaulish-Roman time: 'Vae Victis' with Simon Rocca (Soleil, 1991-2006) and a comic about pirates, 'Les survivants de l'Atlantique' (Soleil, 1992-2003). Between 1994 and 2000, he produced his series 'Chroniques Barbares', a saga about a tribe of vikings, for Soleil Productions. Additionally, he has made 'Quetzalcoatl' for Glénat since 1997. Text (c) Lambiek
Go to Jean-Yves Mitton's page
Remove from favorite artists  Add to favorite artists