In driesdewulf 's collection
Back to gallery 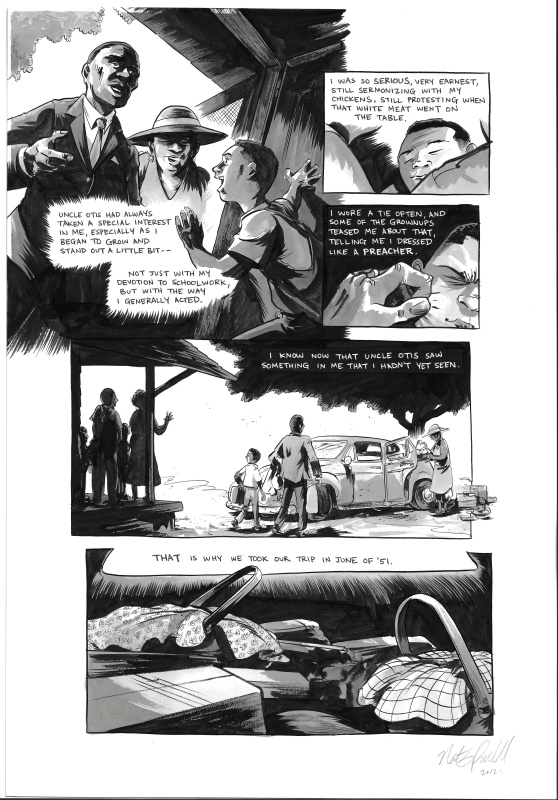 Original artwork from MARCH: BOOK ONE (written by Congressman John Lewis & Andrew Aydin, drawn by Nate Powell; 2013, Top Shelf), page 37, signed by Nate Powell. This page depicts a young John Lewis' first trip outside the Jim Crow South in the summer of 1951, thanks to his Uncle Otis seeing something special inside him, from boy preacher to one of the fundamental shapers of the fabric of 20th century American society.

John Lewis:
"I believe my Uncle Otis did see something very special about me and in me. He encouraged me to stay in school and get an education, and he did everything to support me, including taking me on a trip to Buffalo with another uncle and my aunt and cousins. When I first went off to college, he gave me a footlocker and also a $100 bill—more money than I ever had. And he stayed in touch. His encouragement and support meant a great deal. He was very proud when I got involved in the civil rights movement, but he worried, like my mother and father and other relatives, that something could happen to me."