In nanoolv 's collection
Back to gallery 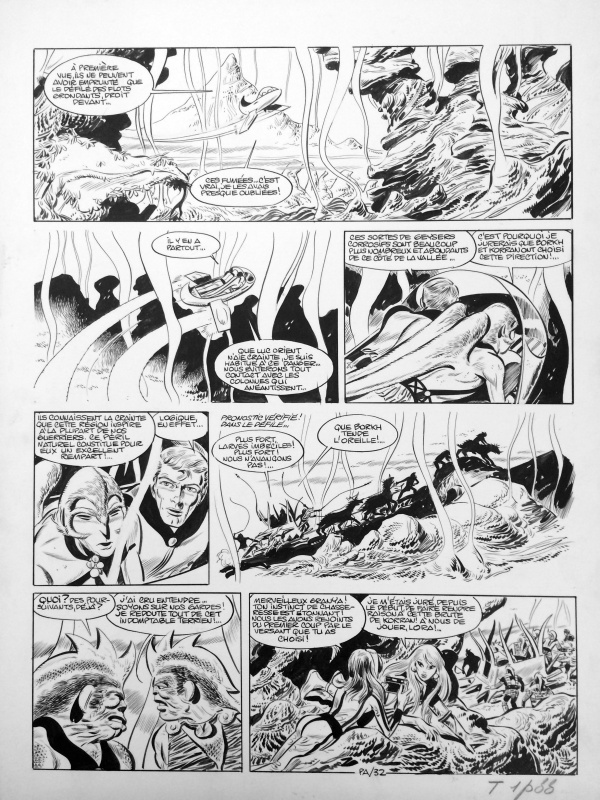 Edouard Paape commonly known as Eddy Paape, was a Belgian comics artist best known for illustrating the series Luc Orient. Eddy Paape was born in Grivegnée (now a part of Liège), Belgium in 1920. He started his career as an animator, working from 1942 on at CBA, the same animation studio where a few years later he would be joined by future Belgian cartoonists André Franquin, Peyo, and Morris). Paape soon left the studio to work as a cover artist and later a cartoonist for different magazines of publisher Dupuis. He began working with famed Belgian cartoonist Jijé, first on his ambitious New Testament comic project Emmanuel. He then succeeded Jijé as illustrator of the detective series Valhardi, published in the Franco-Belgian comics magazine Spirou.
Go to Eddy Paape's page
Remove from favorite artists  Add to favorite artists
3 comments
To leave a comment on that piece, please log in