Sign up
In roquevidal  's collection
Back to gallery 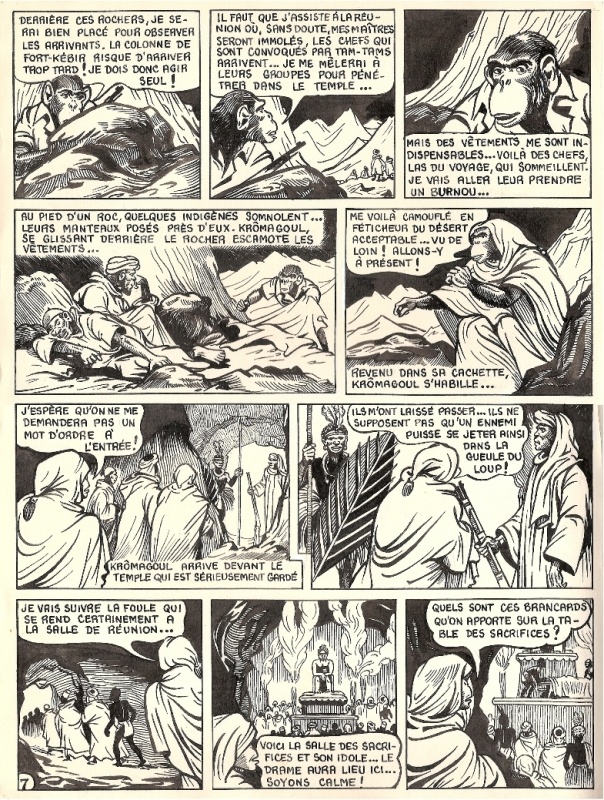 Auguste Liquois was born as the eldest son in the Liquois family in Angers. When his father was called to battle in World War I, he had to take care of his family. Somehow he managed to study Fine Arts on the side. In spite of his activities during the War, Liquois was present in the first issues of the socialist magazine Vaillant with the patriotic series 'Fifi Gars du Maquis' (text Roger Lécureux). From then on, he multiplied his activities for the Collection Globe-Trotter, Collection À Travers le Monde, Cadet Journal ('L'Empire des Hommes Rouges'), the Collection Vaillance ('Jerry l'Infaillible') and Robinson l'Écureuil ('Héros de la Liberté'). In Coq Hardi, he drew the first episode of the science fiction comic 'Guerre de la Terre', from a script by Marijac, that was later continued by Pierre Duteurtre (Dut). He also took on superhero series like 'Satanax' (in Satanax), 'Atomas' and 'Salvator' (in Tarzan). From the late 1940s and throughout the 1950s, he worked for Collection Sans Peur, Collection Hurrah ('Tom Mix'), and Les Classiques en Images (comic adaptations of a.o. Corneille and Molière) and for the magazines Pierrot ('L'Appel du Bouddha'), Ardan ('Kromagoul'), Fugor ('Marc du Réseau Marianne'), Ima ('Canard et la Vallée Perdue', 'Ric Limar'), Le Trident ('Le Fils du Far West'). In addition to his work for magazines, Liquois was active for the press since 1949
Go to Auguste Liquois's page 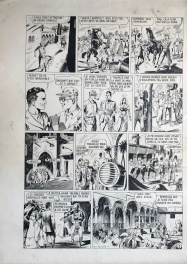 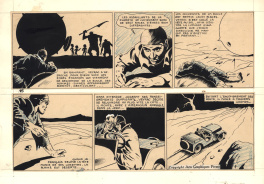 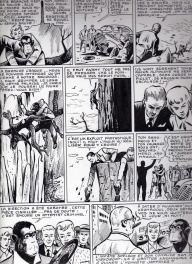 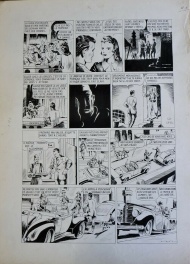