In Erwanthorvaldur 's collection
Back to gallery 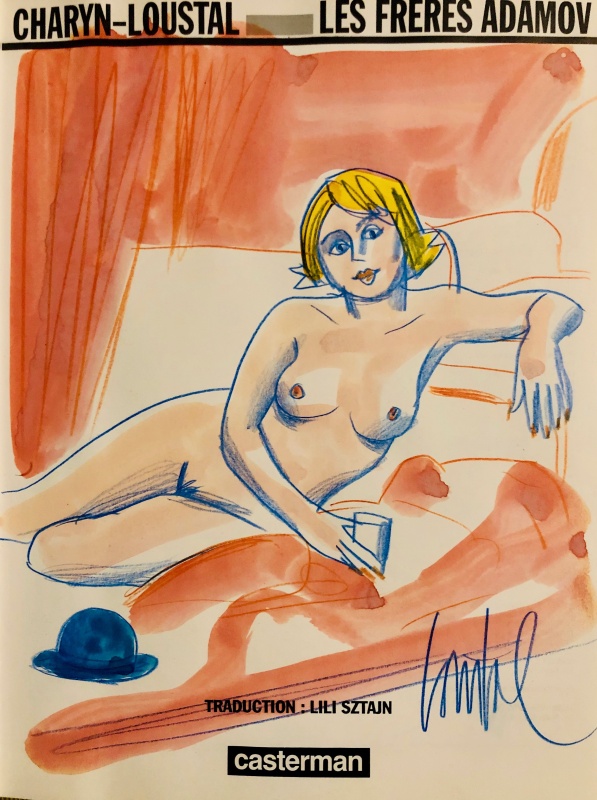 Jacques de Loustal is one of the most popular French contemporary artists, and his influences lean more towards fine art than to comics. Loustal has been in Africa for a good part of his life, which is strongly reflected in his comics. While still studying architecture, he cooperated on the fanzine Cyclone, which was published by his college in Sèvres. After cooperating on among others Rock & Folk, he started making some short comic stories for Métal Hurlant, Pilote, Nitro, Chic, Zoulou and Libération, mostly in cooperation with writer Philippe Paringaux. Some of his work for Métal Hurlant has been published in albums by Humanoïdes Associés, like 'New York', 'Miami' and 'Clichés d'Amour'.
Go to Loustal's page
Remove from favorite artists  Add to favorite artists
To leave a comment on that piece, please log in