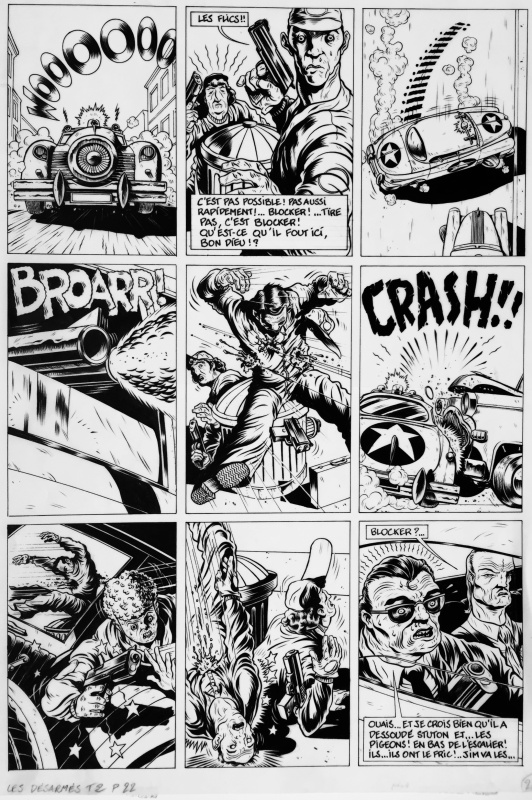 Pascal Mesemberg, who uses the pseudonym Mezzo, was born in Drancy in 1960. His comics appeared in magazines such as Zoulou, L'Echo des Savanes and Métal Aventure. In 1989 he started working together with Michel Pirus, creating a collection of dark stories for the collection Frank Margerin présente and eventually the comic 'Les Désarmés', of which two volumes appeared in 1991 and 1993. Other titles by Mezzo and Pirus are 'Deux Tueurs', 'Un Monde Étrange', 'Mickey-Mickey' and the series 'Le Roi des Mouches'. In addition to his comics work, Mezzo makes illustrations for Le Journal de Mickey and for book covers of Stephen King novels. In 2014, he made 'Love In Vain' with writer Jean-Michel Dupont, about the life of blues artist Robert Johnson. Mezzo lives in Paris and is influenced by Chester Gould, Robert Williams and Orson Welles. Text (c) Lambiek
Go to Mezzo's page
Remove from favorite artists  Add to favorite artists
4 comments
To leave a comment on that piece, please log in