In gurn3665 's collection
Back to gallery 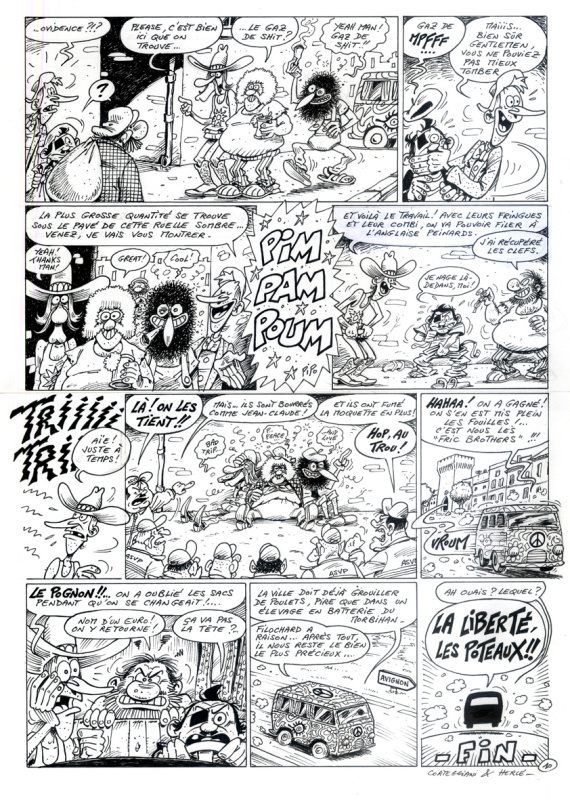 Herlé Quinquis studied fine arts in Marseille for several years. He did his first comics work in Fluide Glacial from 1982 to 1984, before he became a regular contributor to Psikopat. He began a longtime collaboration with Roger Widenlocher in 1984. Together, they founded the humorous magazine La Blatte, of which five issues appeared. Herlé became Widenlocher's scenarist on such series as 'Nabuchodinosaure' (1988) and 'Coyote Bill' (1996), two series that are published at Dargaud. Herlé and Widenlocher also cooperated on new gags with 'Achille Talon'. Collections of his work for Psikopat have appeared at the publishing house Zébu, such as 'La Vie des Dieux' and 'Mongolus Paradise'. Herlé was present in the relaunched Pif Gadget magazine in 2004 with the series 'Lobo Tommy'. Text (c) Lambiek
Go to Herlé's page
Remove from favorite artists  Add to favorite artists
2 comments
To leave a comment on that piece, please log in