In Duchateau 's collection
Back to gallery 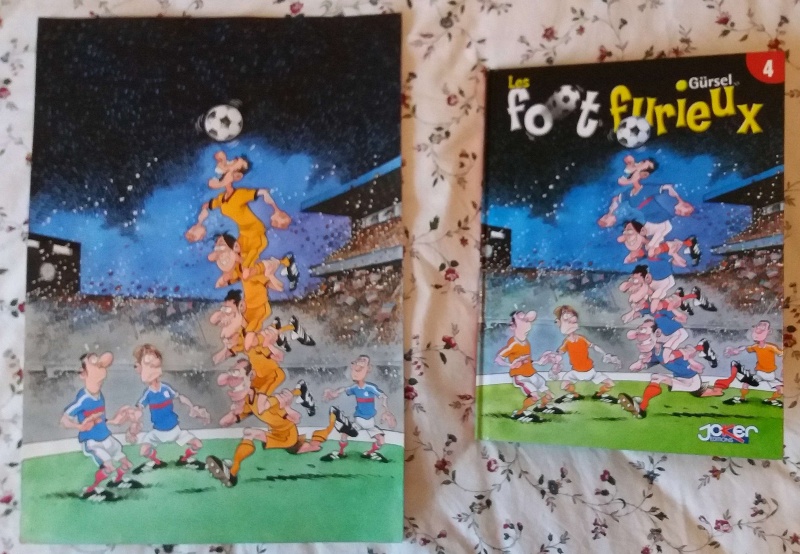 Gürcan Gürsel was born in Turhal, Turkey in 1959. He studied at the Academy of Fine Arts in Istanbul from 1977 to 1981, while publishing his first comics and cartoons in magazines like Girgir. Gürsel remained a contributor to this magazine for about 20 years, making comic strips and caricatures, while he also made drawings for the Turkish edition of MAD magazine. He moved to Belgium in 1988, where he began his association with publisher De Boemerang and it's French "counterpart" Joker Éditions. He has contributed extensively to the naughty 'Rooie Oortjes' comic strips (called 'Blagues Coquines' in French). The erotic escapades of the nurse 'Petra Borst' were published in adult magazine Aktueel, while Gürsel also makes the sports comic 'The Champions' since 1998 and the gag strip about the cat 'Artie' in 2006. In France, Joker Éditions has published a great many one shot humour books by Gürsel, including ' Love me tender' (1997), 'Pretty woman' (1998), 'No satisafaction' (1998) and 'Petites coquines' (2003), as well as series like 'Sea, sex and sun' (2002-05), 'La restauration' (2006-07) and 'Les Foots Furieux' (French edition of 'The Champions' starting in 2004). He started his new sports comic 'Top 15' in 2007, this time a humorous take on American football. Text (c) Lambiek
Go to Gürçan Gürsel's page
Remove from favorite artists  Add to favorite artists