In maoxdlc 's collection
Back to gallery 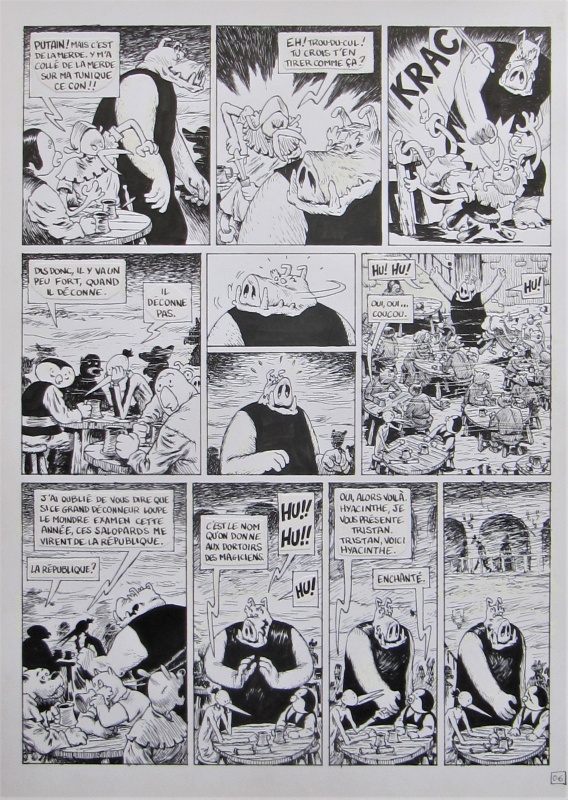 Jean-Emmanuel Vermot Desroches cancelled his scientific studies to study fine arts in Angoulême. He cooperated on the site of Coconino World, for which he created the Don Quichotte-like comic strip 'Les Chevaliers Maigres', and retouched the work of classics, varying from Bofa to Sienkiewicz. The artist applies several drawing styles, and draws his influences from classic masters such as E.C. Segar, A.B. Frost, Gus Bofa and Edward Gorey. His Chevaliers strip caught the attention of Joann Sfar and Lewis Trondheim, who asked to draw the fifth book of the 'Donjon Monstres' series in 2003. Vermot Desroches has furthermore contributed to the second book of the collective series 'Le grimoire du petit peuple' by Pierre Dubois in 2005. In 2006 and 2007 he made two books about 'Butch Cassidy' with writer Frédéric Brrémaud and co-artist Bruno Duhamel for Vents d'Ouest. He has contributed to the publications of the Choco Creed collective and to the magazine Julie Kokeshi. His webcomic 'Affamés' wast published in book format by Café Creed in 2015. The artist is nowadays mostly active as an illustrator for children's publications by Bayard, Milan, Larousse and Nathan. Text (c) Lambiek
Go to Jean-Emmanuel Vermot Desroches's page 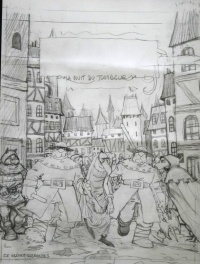 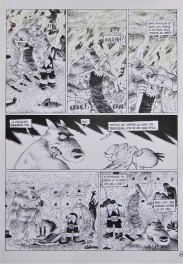 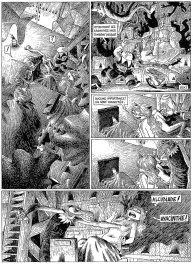 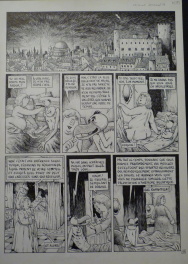