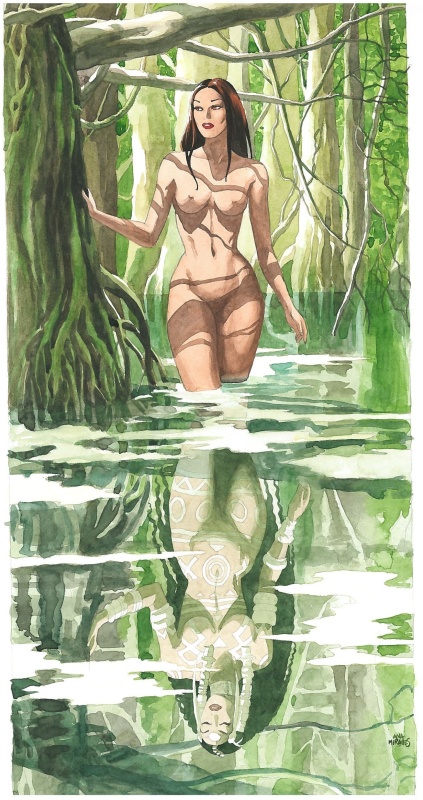 Degreed in fine arts, Ana Mirallès cooperated on several fanzines, before she became an illustrator for the publishing houses Gregal, Teide and Bromera. She drew 'Bares de Todo el Mundo' in Madriz and worked with Antonio Segura on 'Marruecos, mon Amour' in Cairo. Her work additionally appeared in Marca Acme, Fantasia Fallera, Trock de Bak and the Spanish editions of Vogue and Marie-Claire, as well as Bayard's Je Bouquine. In 1990, she made her first album, 'El Brillo de una Mirada' with Emilio Ruiz for La General. Her first comic series, the 'Eva Médusa' trilogy, was made in cooperation with Segura and published by Glénat in 1991. Her short stories were collected in 'Dossier A.M.' by Midons in 1996. Mirallès began the 'A la Recherche de la Licorne' ('En Busca del Unicornio') in 1997, again in cooperation with Ruiz. This series is a comic adaptation of a Spanish bestseller novel of Ruan Eslava Galan. In 2001, she created 'Djinn' with the Belgian scriptwriter Jean Dufaux for Dargaud. Text (c) Lambiek
Go to Ana Mirallès's page 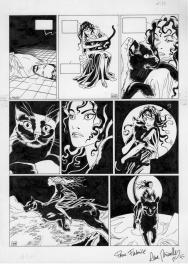 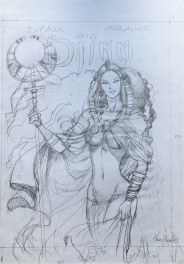 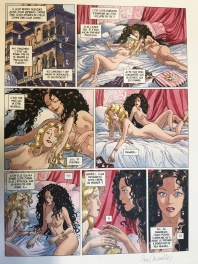