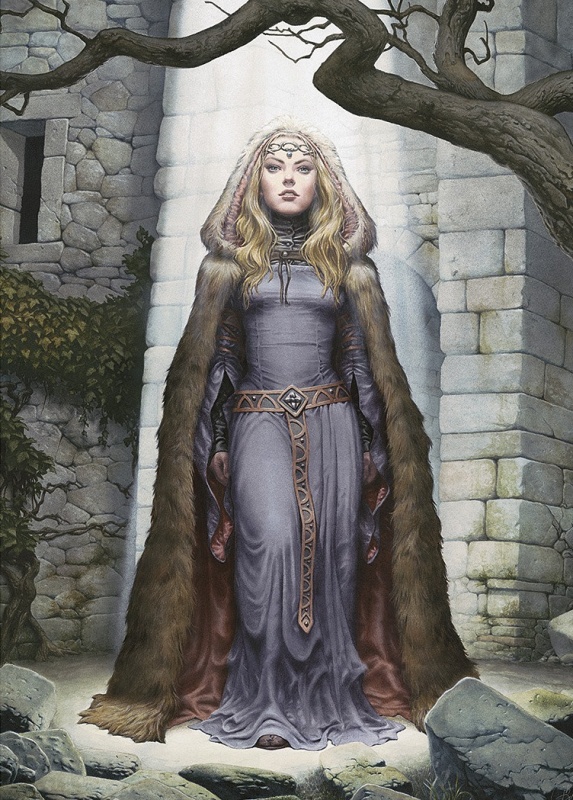 Philippe Delaby enrolled at the Academy of Fine Arts of Tournai at the age of fourteen. There he studied academic drawing and, fascinated by Jean-Dominique Ingres and Belgian painters, he learned the art of oil-painting. At age eighteen, Delaby became attracted to comics. He won a contest in Mons and subsequently got a job with Lombard publishers. His first pages were published in Tintin in 1987 and it soon came to notice that his specialty was the historical genre. His first albums were 'Richard Coeur de Lion,' and 'Arthur au Royaume de l'Impossible' in the series 'Histoires et Légendes' in 1991, both scripted by Yves Duval. This was followed by the heroic fantasy story 'Bran', from a script by Jean-Luc Vernal, in 1993. His style matured with the historical saga 'L'Étoile Polaire', of which he made three albums with Luc Delisse between 1994 and 1996. With Jean Dufaux, Delaby began his best known series, 'Murena', set in ancient Rome, for Dargaud in 1998. In addition, Delaby and Dufaux cooperated on a second cycle of 'La Complainte des Landes Perdues', a saga originally drawn by Grzegorz Rosinski, in 2004. Philippe Delaby won the Golden Pencil during the Middelkerke comics festival in 2013. Delaby and Dufaux worked on irregular appearing new installments in their two series until Philippe Delaby passed away from heart failure at the age of 53. Text (c) Lambiek
Go to Philippe Delaby's page 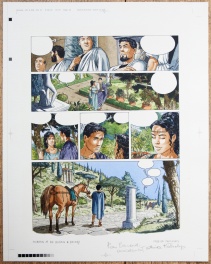 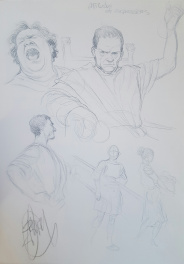 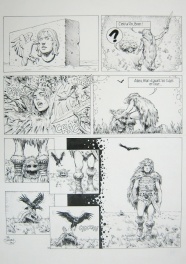 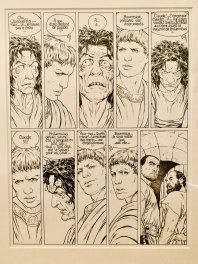