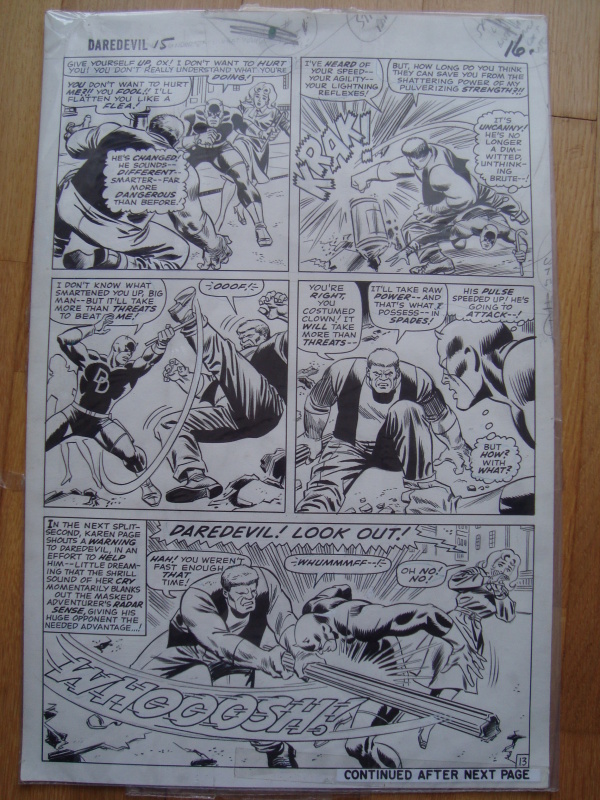 John V. Romita Sr., often credited as simply John Romita (born January 24, 1930), is an American comic-book artist best known for his work on Marvel Comics' The Amazing Spider-Man. He was inducted into the Will Eisner Comic Book Hall of Fame in 2002. Romita is the father of John Romita Jr., also a comic-book artist, and husband of Virginia Romita, for many years Marvel's traffic manager. The son of a baker,Romita was born and raised in Brooklyn, New York City, with three sisters and a brother. He is of Italian descent. He graduated from Manhattan's School of Industrial Art in 1947, having attended for three years after spending ninth grade at a Brooklyn junior high school. Among his instructors were book illustrator Howard Simon and magazine illustrator Ben Clements, and his influences included comics artists Noel Sickles,Roy Crane, Milton Caniff, and later, Alex Toth and Carmine Infantino, as well as commercial illustrators Jon Whitcomb, Coby Whitmore, and Al Parker.
Go to John Romita Sr.'s page
Remove from favorite artists  Add to favorite artists
10 comments
To leave a comment on that piece, please log in

Matthias Nice! One page of the few issues of DD that Romita did before he had to take over Spiderman! Great pick!
Jul 8, 2015, 3:21 PM