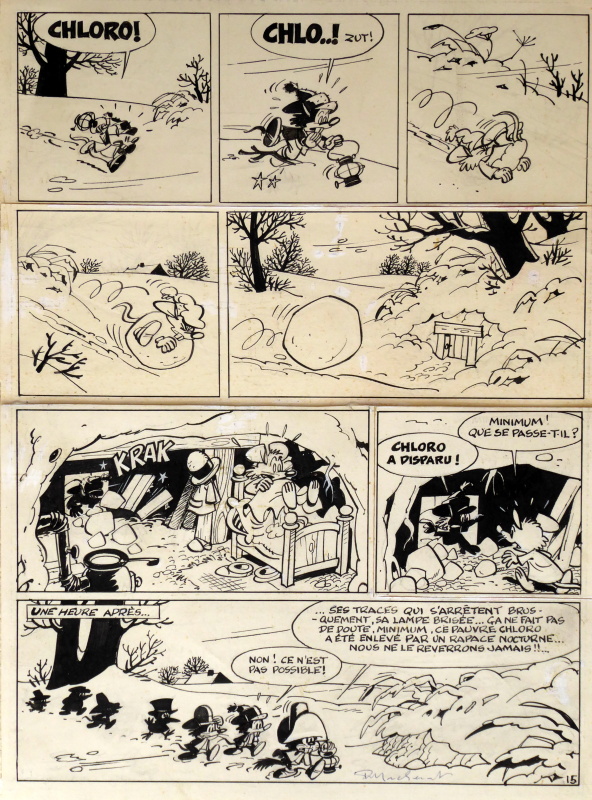 Raymond Macherot was one of the classic artists of the franco-belgian school, who has published his work in both Tintin and Spirou. He was a master in poetic and satirical animal comics, as can be seen in his two main series, 'Chlorophylle' and 'Sibylline'. The sharp humour and funny characters make his series some of the best in the genre. Born in Verviers in the Belgian Ardennes, Raymond Macherot developed his love for nature while with the boyscouts. He enrolled at the University of Liège to study Law during World War II, but broke off his studies in February 1945 to join the Royal Navy. He returned to Verviers after the war and eventually found employment with the local paper Le Courier du Soir as a journalist. Text (c) Lambiek
Go to Raymond Macherot's page
Remove from favorite artists  Add to favorite artists