In Chricyr 's collection
Back to gallery 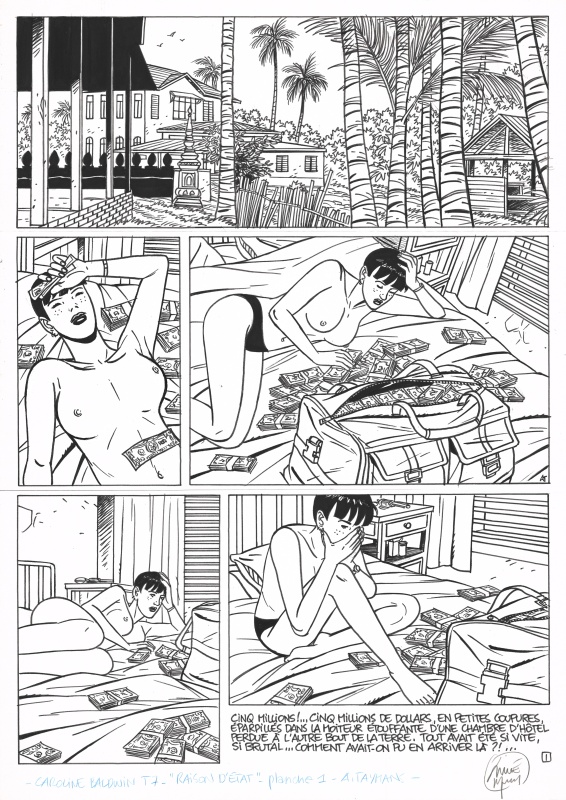 After completing his studies at Institut Saint-Luc in Brussels, André Taymans teamed up with Jean-Claude de la Royère to adapt 'Les Compagnons de la Peur' for Éditions Lefrancq in 1990. In 1992, he succeeded Griffo as the artist of the detective series 'Munro' at Dupuis. He continued his exploits by starting the children's series 'Les Aventures de Charlotte' along with Rudi Miel, which was first published in Le Soir and then in books by Casterman between 1993 and 1997. In addition he started another children's series with Di Giorgio, namely 'Bouchon, le petit cochon', that Casterman published in four books from 1995 to 1997. Taymans worked with several scriptwriters on his early productions, but started writing his own stories when he launched 'Caroline Baldwin', a realistic series about an HIV-positive detective that is published by Casterman since 1996. As a scriptwriter, Taymans worked with artist Éric Lenaerts on 'La Fugitive' in 2004 and 2005. In close cooperation with Raymond Macherot, Taymans relaunched Macherot's classic animal comic 'Sibylline' in 2006. In 2010, Taymans drew the first book in the series 'Ella Mahé' by scriptwriters Jean-François and Maryse Charles. Active in both the realistic and the caricatural drawing style, André Taymans is influenced by Clear Line artists as well as Franquin and Tillieux. Text (c) Lambiek
Go to André Taymans's page
Remove from favorite artists  Add to favorite artists