In Bibi 's collection
Back to gallery 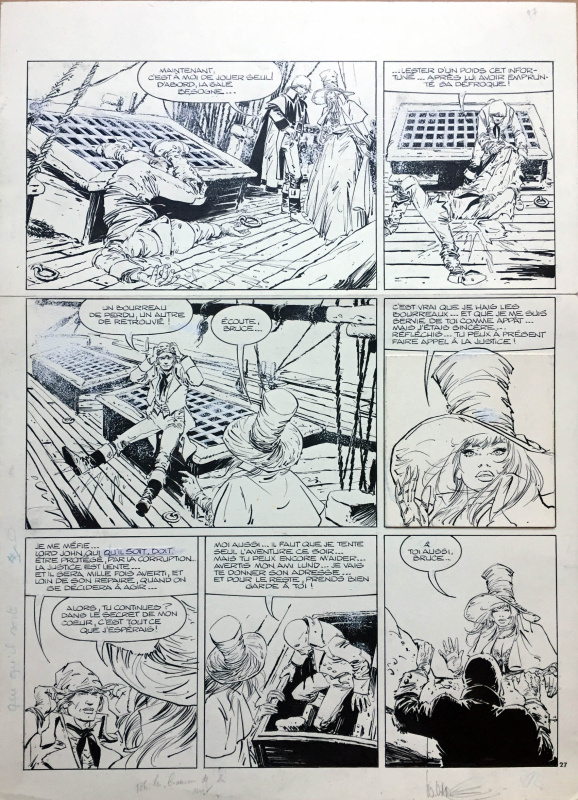 William Vance, pseudonym of William van Cutsem, made his debut with some illustrations in the Dutch version of Tintin magazine. His first comic stories were generally biographies, but in 1964 he started his first series, 'Howard Flynn', about a navy officer. Vance's talent really revealed itself when he made the western series 'Ray Ringo' and the special agent series 'Bruno Brazil', which was written by Michel Greg. He then succeeded Gérald Forton on Henri Verne's 'Bob Morane' series, which was published in Femmes d'Aujourd'hui, Pilote and Tintin. While doing 'Bob Morane', Vance illustrated several other stories for Femmes d'Aujourd'hui, such as 'S.O.S. Nature', 'Mongwy', 'Rodric' and the 'Ramiro' series. Together with André-Paul Duchâteau, he made 'Bruce J. Hawker' from 1976 in Tintin and again Femmes d'Aujourd'hui. Highlight of his career became 'XIII', an espionage series written by Jean Van Hamme, inspired byLudlum's book 'The Bourne Identity'. Starting in 1984, 'XIII' is built around a character in search of his true identity. What follows is a series of exciting intrigues, government and military cover-ups, murder attempts and action scenes. Vance returned to the western genre in 1991 with illustrating the 'Blueberry' spin-off 'Marshall Blueberry' (text by Jean Giraud). Text (c) Lambiek
Go to William Vance's page 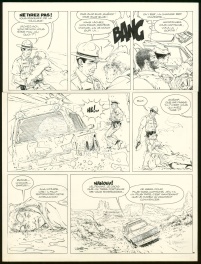 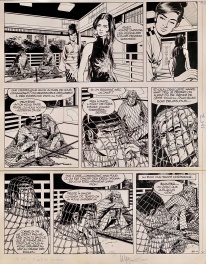 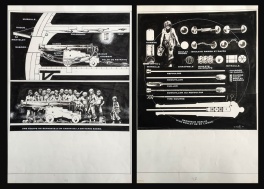 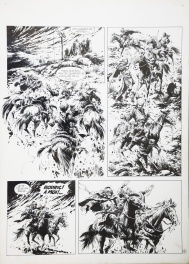