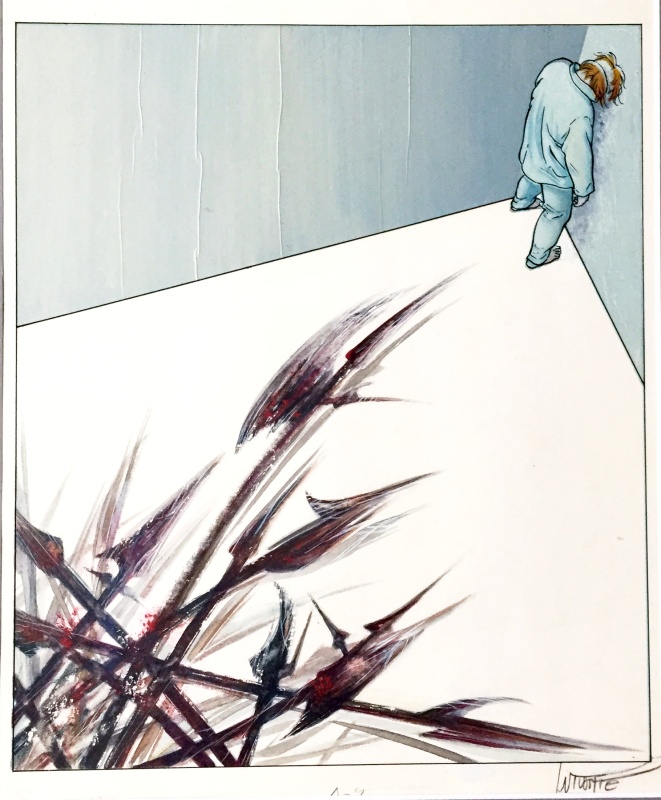 Laurent Vicomte was born in Saint-Adresse. He made his debut in 1975 with games and illustrations in La Presse de la Marche, and a comic story for the 'Carte Blanche' section of Spirou magazine. He subsequently contributed illustrations and the humorous comic series 'La Sizaine des Fauves' to Scouts de France. This comic, written by Misotte was also collected in book format. By 1977 Vicomte was working with Jean-Pierre Gourmellen on 'Gus' for Dargaud Presse. A year later his name appeared in Tintin with the series 'Éduard et Lucie'. Later, this series was published in Pistil, a magazine for which Vicomte also made 'Clopin' Vicomte was drawing for Mercredi in the early 1980s prior to teaming up with Makyo for the creation of 'La Balade au Bout du Monde', an award-winning fantasy series that was published in Gomme and later in Circus. Vicomte drew the first four installments, that were collected in book format by Glénat between 1982 and 1988, after which Makyo continued the series with artists like Éric Hérenguel, Michel Faure and Laval NG. The artist took a break from comics, a period during which he worked in the design and crafting of jewelry. He returned in 1997 as an all-round author with the mysterious 'Sasmira', that was published by Les Humanoïdes Associés. Text (c) Lambiek
Go to Laurent Vicomte's page 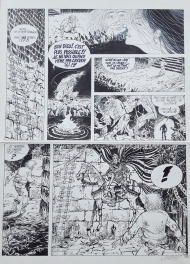 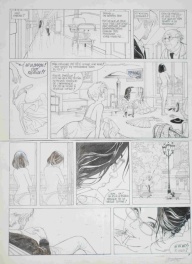 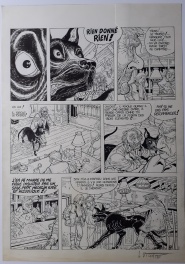