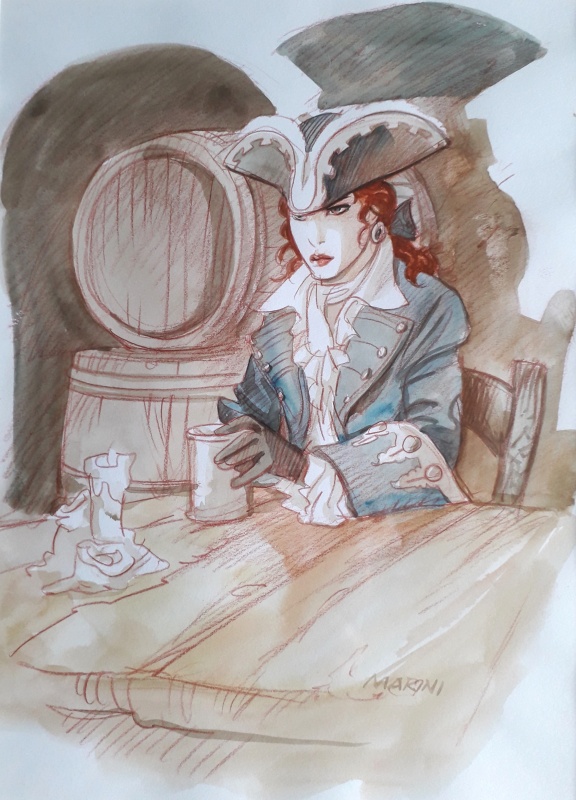 Enrico Marini studied art at the School of Fine Arts in Bêle. Since an early age, he was fascinated by comics and Japanese manga. He published his first work in the specialized magazine Strapazin, and in La Tribune de Genève. At the end of the eighties, he got contracted by publisher Alpen and illustrated 'Olivier Varèse', a children's series written by subsequently Marelle, Thierry Smolderen and Georges Pop. After four albums with this character, Marini switched genres and collaborated with Smolderen on 'Gipsy', published by Les Humanoïdes Associés from 1993. In 1996 he associated himself with writer Stephen Desberg and illustrated the western diptych 'L'Étoile du Desert' for publisher Dargaud. Then, with Jean Dufaux, he produced detective series 'Rapaces' for the same publisher between 1998 and 2003. Again with Desberg, Marini launched his best-known series about holy relics dealer 'Le Scorpion' in 2001. Marini does both script and art for his epic series about ancient Rome, 'Les Aigles de Rome', that started in 2007. Text (c) Lambiek
Go to Enrico Marini's page
Remove from favorite artists  Add to favorite artists