In ArtComics  's collection
Back to gallery 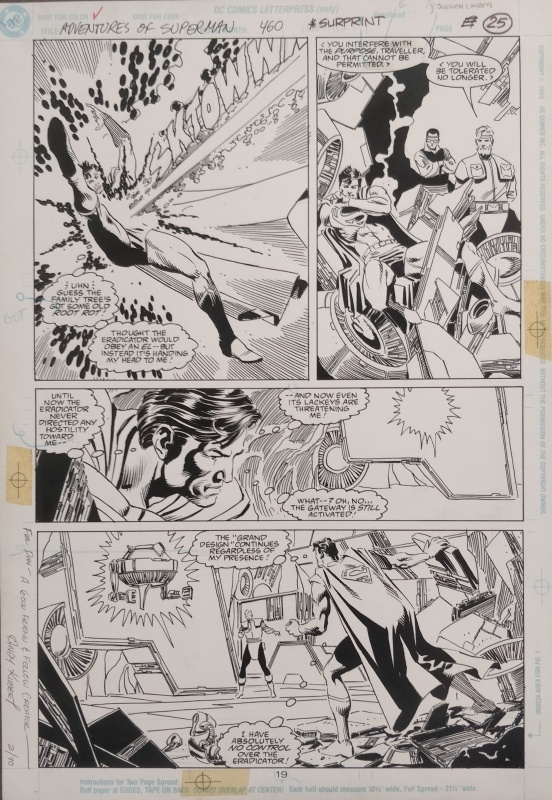 
The page belonged to my best friend Daniel Peters, a graduate of the Joe Kubert School, who I worked with for years as a visual effects artist at Foundation Imaging (Roughnecks: The Starship Troopers Chronicles, Max Steel, Dan Dare) then Rhythm & Hues' commercials division, UFO Films (on a number of movies for Syfy Channel) then when I ran the VFX shop at The Asylum (Sharknado, et al) I hired him remotely as our animator. By this time he had moved back to his family farm in Iowa and I hired him as a freelancer on films for my own business. We were in touch every day up until his untimely passing in November, 2018 at which point his family sold me much of his collection of books, magazines, figures and comic art.

While I would have loved to keep everything I would also rather see many of the pieces get a home with appreciative people who will care for it better than we can in the long run.

Dan was known to my children as Uncle Dan even though he was not a blood relative. We commuted extensively in Southern California, brainstormed and created dozens of crazy book, film and comic ideas and were, for all intents and purposes, brothers. The first time I saw him he was under a blanket and wearing his trademark fuzzy bear slippers at FI working on Red Team which I joined. One of his (and our) favorite films was Real Genius and I also inherited some T-Shirts like the ones Val Kilmer wore in that film... those I will keep forever.

Daniel Peters was genuinely one of the rare good people in the world and it was my honor, on behalf of his family, to bring part of him to rest forever at Vasquez Rocks in California. You see, Dan was also a big Star Trek fan. Now, whenever I see Captain Kirk and The Gorn wrestling I'll know I'm watching the hallowed ground where Dan will also now be forever.

And now you know too.

Because of the signature this piece has great sentimental value to me and I'm glad to have it go on to a better life.

Please take care of my friend. :-) 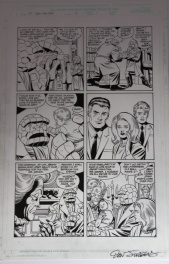 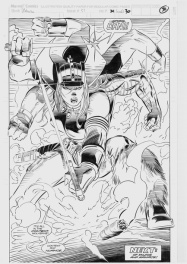