In alessiu  's collection
Back to gallery 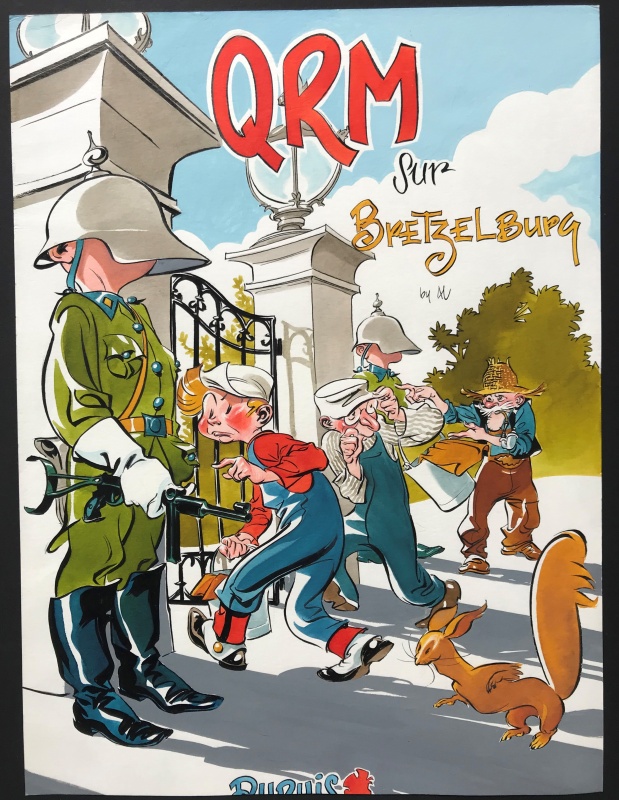 Alec Séverin, or simply Al Severin, was born in Ixelles into an artistic family. He debuted in 1981 with the self-published 'l'Affaire Tchang' under the name Oncle Guy. In 1985, his comics 'Story of War' and 'Gratin' were published by Deligne. In that same year, Severin started his series 'Lisette', about a "poor rich girl", which was eventually published by Delcourt. Severin participated in a couple of collective albums ('Brel', 'Entrechats', etc) and drew short stories and the strips 'Isaline et Jean-Luc' (with Sergio Salma) for Tintin Reporter. He was also present in Spirou with collaborations with a.o. Fabrizzio Borrini and Fabien Vehlmann, as well as the pun series 'Lisa Desamour' by the fake artist Bari. In 1992, he launched his project 'La Machine à Remonter le Temps', based on the novel by Herbert George Wells, with Lefrancq publishers. For that same publisher, he made 'Harry Sauve la Planète / Urkanika' in 1995. In that same year, Séverin drew 'Cosmos Comics' for P.L.G. Séverin ventured into self-publishing in 2000, and set up his own label Several Pictures, through which he published the second volume of 'Harry Sauve la Planète'. Séverin is also known for his illustrations for Belgian and English magazines, as well as his pastiche covers. In early 2008, Alex Séverin announced his departure from the comics profession. Text (c) Lambiek
Go to Al Severin's page
Remove from favorite artists  Add to favorite artists
3 comments
To leave a comment on that piece, please log in