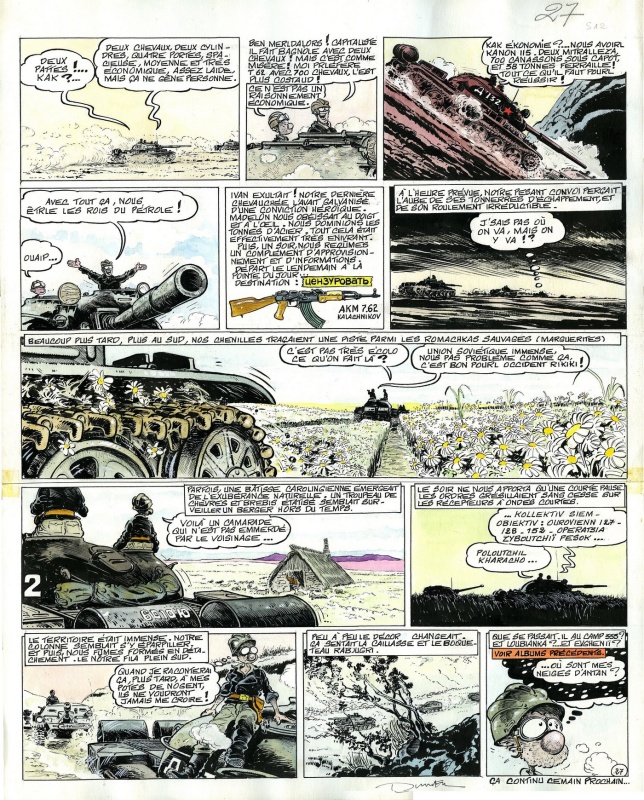 Guy Mouminoux is a prolific comic book artist, who has been active from the 1940s throughout the 1990s. He has worked in a variety of genres, from realistic stories about war to black humor satire, and has also used the pseudonym Dimitri. According to himself, Paris-born Mouminoux was an inhabitant of Alsace during World War II, and drafted into the German Wehrmacht at age 16. He chronicled his experiences in the elite Großdeutschland Division in his controversial book 'The Forgotten Soldier' in 1965, under the pen name Guy Sajer (using his mother's maiden name). Text (c) Lambiek
Go to Dimitri's page
Remove from favorite artists  Add to favorite artists