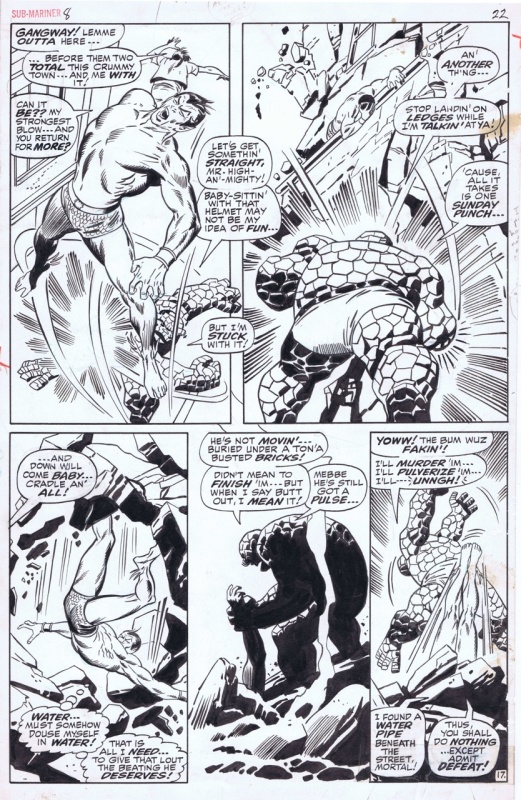 "buscema was the best at drawing the Submariner. He captured perfectly Namor's perpetual scowl and the sculpted physique of a being who spends his life in water. Look at the definition on those legs and gluteal muscles!
This fight is another classic among the Silver Age and enhanced the legend of the Sub-Mariner (as well as the Thing) into the consciousness of the readers."
http://hero-envy.blogspot.de/2012/09/the-top-5-greatest-battles-of-sub.html

"..., there is no doubt why John Buscema has been called the Michelangelo of Comics. Every panel just explodes with energy, the camera angles constantly change, and even the brief respites from fighting are filled with tension. Of course Buscema leaves enough room on the perimeter of the panels for Roy Thomas's dialogue balloons. ... This battle is all wonderful -- it's funny when Ben speaks, it's pompous when Namor gets a turn. Can you imagine coming to this as a 10-year old, as I did?"
http://bronzeagebabies.blogspot.de/2014/03/dougs-favorites-sub-mariner-8.html
6 comments
To leave a comment on that piece, please log in

John Buscema, born Giovanni Natale Buscema (December 11, 1927 – January 10, 2002), was an American comic-book artist and one of the mainstays of Marvel Comics during its 1960s and 1970s ascendancy into an industry leader and its subsequent expansion to a major pop culture conglomerate. His younger brother Sal Buscema is also a comic-book artist. Buscema is best known for his run on the series The Avengers and The Silver Surfer, and for over 200 stories featuring the sword and sorcery hero Conan the Barbarian. In addition, he pencilled at least one issue of nearly every major Marvel title, including long runs on two of the company's top magazines Fantastic Four and Thor.He was inducted into the Will Eisner Comic Book Hall of Fame in 2002.
Go to John Buscema's page 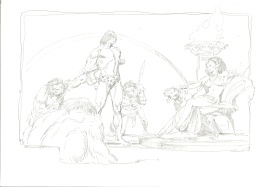 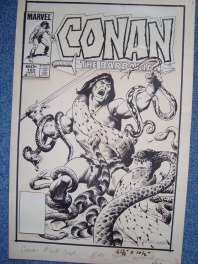 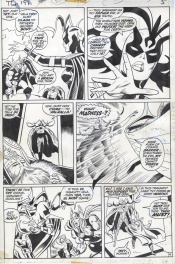 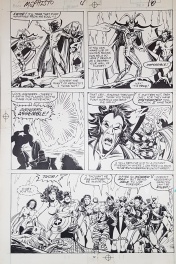