In stef44 's collection
Back to gallery 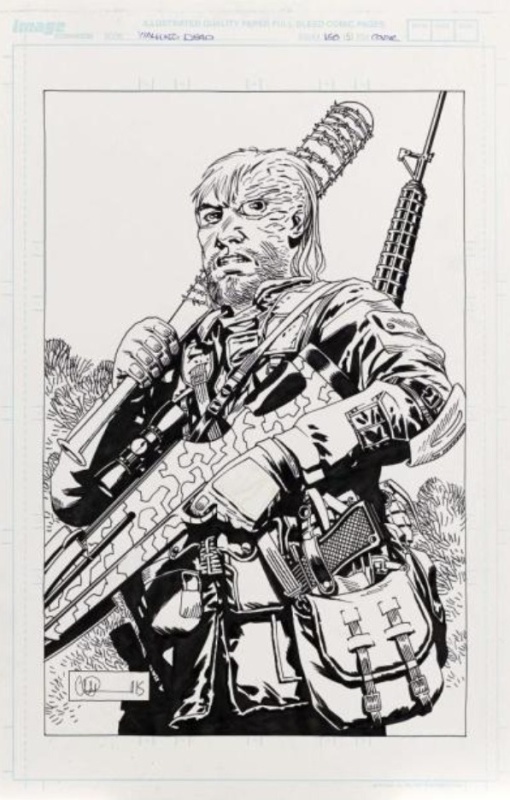 While AMC's The Walking Dead is currently on hiatus until later this year, that hasn't stopped the comic that started the phenomenon from continuing to conquer the sales charts.

Robert Kirkman's The Walking Dead is sitting high and mighty as the top comic of 2016 so far according to Google Play's records for the first half of the year. Specifically, issue #151 is the book currently sitting at number one, but that isn't the only place the critically acclaimed series shows up.

It also takes the number three spot with The Walking Dead Vol. 25 and the fourth spot with The Walking Dead #154. Another top billed franchise resides on the list as well, that being Marvel's Star Wars series of books. Star Wars 4 -Collection Bundle by Jason Aaron, Greg Rucka, Kieron Gillen, and Mark Waid takes the second position, while Star Wars: Darth Vader Vol.2 - Shadows and Secrets by Kieron Gillen resides at number five. Star Wars Vol. 2 Showdown on the Smuggler's Moon by Jason Aaron rounds out the top ten.

Charles "Charlie" Adlard (born April 8, 1966) is a British comic book artist, known for his work on books such as The Walking Dead and Savage.Adlard began his work in the UK on White Death with Robbie Morrison and 2000 AD series including Judge Dredd, and Armitage. He has continued working for them with the series Savage. In the United States he is best known for his work on The X-Files (for Topps), Astronauts in Trouble (for AiT/Planet Lar) and The Walking Dead (for Image Comics). He has been the primary artist on The Walking Dead since 2004.Other work includes: Mars Attacks! (also for Topps); The Hellfire Club and Warlock for Marvel Comics; Batman: Gotham Knights and Green Lantern / Green Arrow for DC Comics; White Death for Les Cartoonistes Dangereux; Blair Witch: Dark Testaments and Codeflesh for Image; Shadowman for Acclaim Comics; and The Establishment for Wildstorm, amongst many others.
Go to Charlie Adlard's page
Remove from favorite artists  Add to favorite artists
2 comments
To leave a comment on that piece, please log in