In Philousophe  's collection
Back to gallery 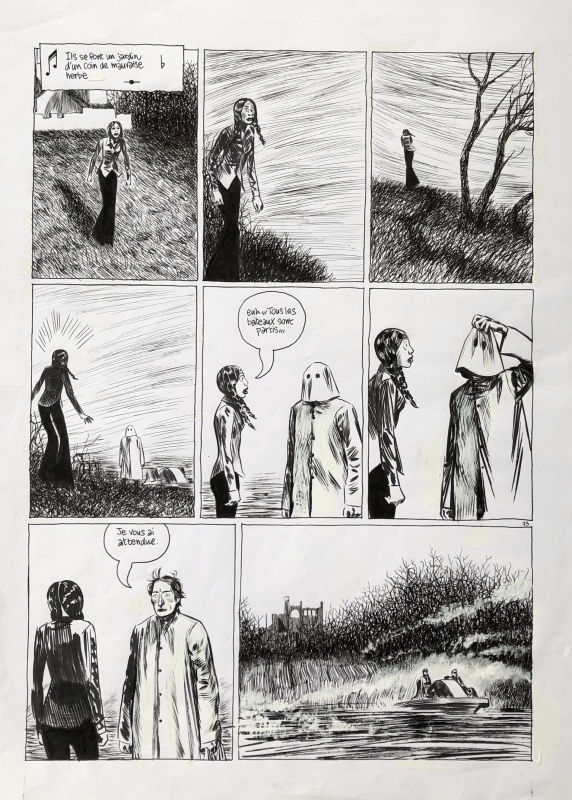 Christian Hincker, who uses the pseudonym Blutch, studied art in Strasbourg, where he was born. Blutch made his comic debut in the magazine Fluide Glacial in 1988. He later came up with the series 'Johnny Staccato' and 'Mademoiselle Sunnymoon'. His Fluide Glacial work has been collected in such albums as 'Waldo's Bar', 'Mademoiselle Sunnymoon', 'Rancho Bravo', 'Blotch, le Roi de Paris' and 'Blotch Face à Son Destin'. At the same time, he joined the publishing house L'Association, where he began a collaboration with the magazine Lapin. His Lapin work appeared in the album 'Sunnymoon, Tu Es Malade'. At the publishing house Cornélius, he created 'La Lettre Américaine' and 'Mitchum'. Blutch joined the magazine À Suivre in 1996. There, he started his series 'Peplum', a homosexual tragedy. The complete story appeared in an album at Cornélius. He also works as an illustrator for Libération, The New-Yorker and Les Inrockuptibles, and has cooperated on several collective albums. In 1998 he published 'Le Petit Christian', and a second installment was published in Charlie Hebdo in 2008. A master in the black-and-white genre, Blutch created his first color album, 'Vitesse Moderne', in the Aire Libre collection of Dupuis in 2002. Blutch won the Grand Prix de la Ville d'Angoulême in 2009. Text (c) Lambiek
Go to Blutch's page
Remove from favorite artists  Add to favorite artists
13 comments
To leave a comment on that piece, please log in