Sign up
In mordiozore 's collection
Back to gallery 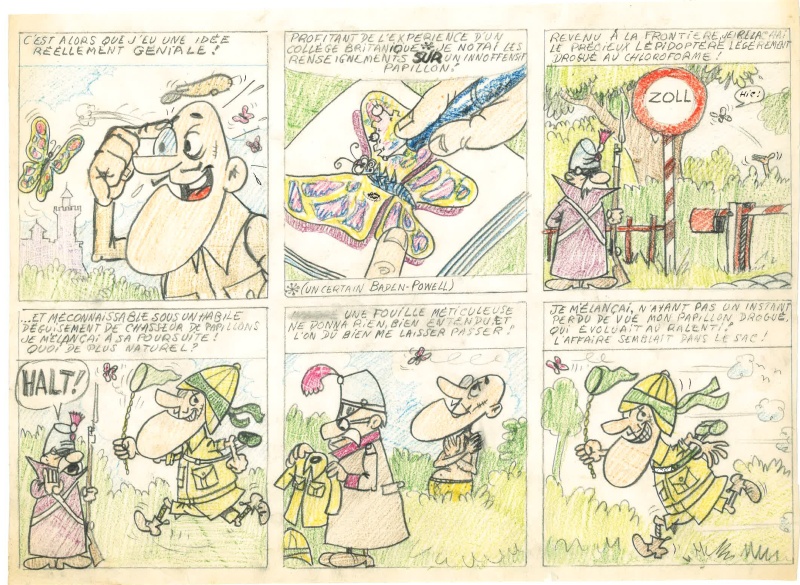 After twenty years of repairing bikes in his father's company, Jacques Devos turned to making comics in 1961. He began his career with Spirou magazine as a writer of numerous "mini-books" for artists like De Gieter, Kiko and Salverius. He soon also worked for the normal pages of Spirou, creating series like 'Tim et Tom' (1962-1965) and 'Whamoka et Whikilowat' (1963-1968) with Louis Salvérius and 'Djinn' with Kiko (1964-1966). With Hubuc, he created the memoires of the Russian spy 'Victor Sébastopol' in 1962. By 1964 he continued the series on his own with irregular appearances throughout the 1960s, 1970s and 1980s. In addition to writing for other artists, Devos also did the artwork for some of his own mini-books, mainly those starring characters like 'Schwartzbrot' and 'Superherman'. Between 1969 and 1972, Devos produced several humorous and often absurd comics for Spirou, that appeared under the title 'Farfeluosités de Devos'. He is however best-known for 'Génial Olivier', a genius boy that was already introduced in a mini-book in 1963, but was a regular character in Spirou throughout the 1970s and 1980s. In general, the series dealt with the havoc that Olivier's many inventions caused in his classroom and school, as well as the resulting collisions with his his teacher, M. Rectitude. Devos drew this series, that was collected in 17 books by Dupuis, until his retirement
Go to Jacques Devos's page 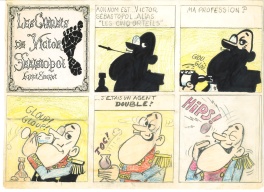 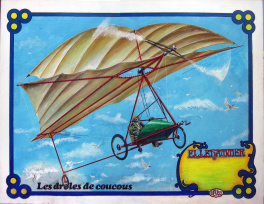 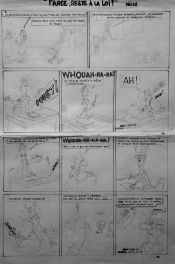 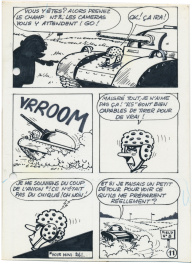