Initially, Alex Varenne could not get his work published. After ten years, when he finally succeeded in getting his stories into print, his work had already reached a certain degree of maturity, and his debut was consequently well received. This debut, the post-apocalyptic saga 'Ardeur', was published in 1979 in Charlie Mensuel and continued in other magazines later on. Varenne depicted a post-apocalyptic view of society, but built his stories around historical fact. In this way, he criticized totalitarian rule and nuclear armament. Alex teamed up with his brother Daniel in the 1980s, working on comics such as 'L'Affaire Landscape', 'Corps à Corps' and 'Un Tueur Passe'. Varenne's fame came from his erotic work published in Libération, where he created the female character 'Erma Jaguar'. Text (c) Lambiek
Go to Alex Varenne's page 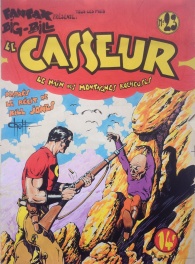 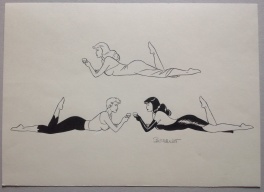