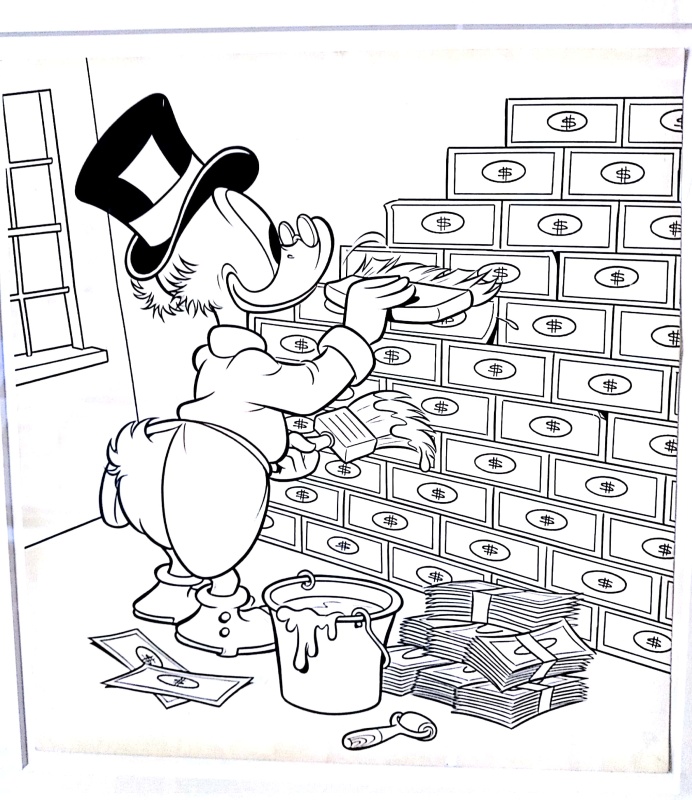 Carl Barks drew nearly everything in the 71 first issues of the Uncle Scrooge comic book. Of the covers, only three were not by him. This cover for Uncle Scrooge 42, published in 1963, is by Tony Strobl. Strobl was a journeyman Disney and Warner Brothers artist. Some of his Donald Duck stories from the late fifties and early sixties (often written by Bob Gregory) are actually very, very good. Unfortunately, his artwork from this period is as rare as that of Barks - the original pages were routinely destroyed.at the printing plant. Why this particular cover has survived, beats me. I am not sure who the inker was for this cover. Steve Steere, one of Strobl´s regular inkers in this period, is a guess.
When Western terminated their contract with Dell in 1962 and started publishing their own comic books under the Gold Key imprint, they had a few peculiar layout ideas. The ideas for the Barks-dominated Uncle Scrooge book were among the least peculiar - the cover illustration was also used as a pinup illustration on the back cover. See the additional images.
1 comment
To leave a comment on that piece, please log in 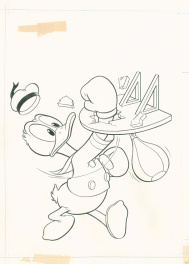