In Zibbhebu  's collection
Back to gallery 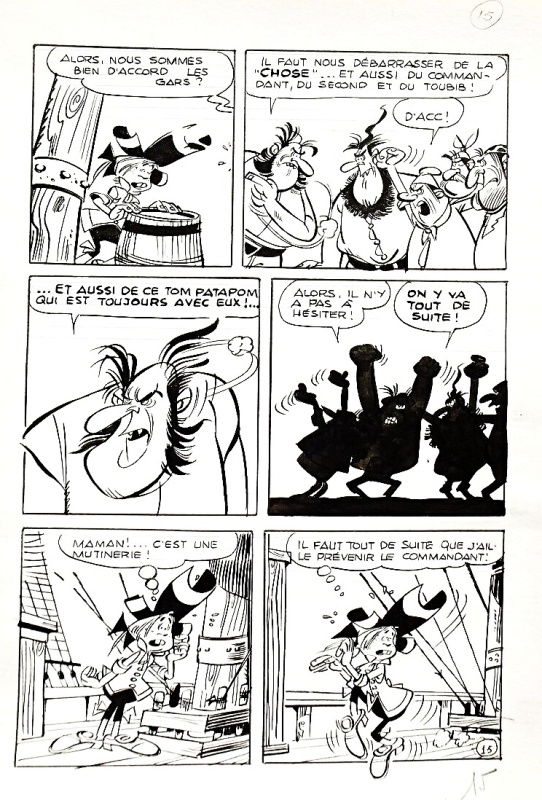 Leone ("Leo") Cimpellin was a prolific Italian comic artist, whose career spanned from the 1940s through the early 2000s. He was initially an artist of adventure and western comics for publishers like Audace and Alpe, before becoming a productive contributor of humorous series to the children's comics magazine Corriere dei Piccoli in the 1950s and 1960s. He is however best-known for the satirical monthly series 'Jonny Logan', which he made with writer Romano Garofalo for Edizioni Dardo in the 1970s. Cimpellin remained active until the early 2000s, working mainly on agency work, TV tie-in comics and Bonelli series. The main influence on his early adventure work was Alex Raymond, but he later added more grotesque and caricatural elements to his drawing style. His humorous children's comics show influences from the French grandmaster Albert Uderzo.
Go to Leone Cimpellin's page 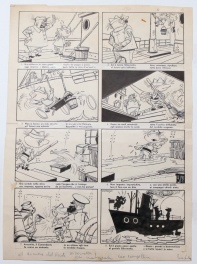 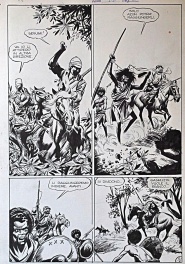 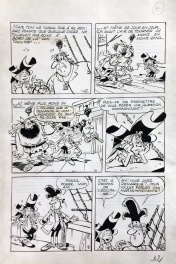