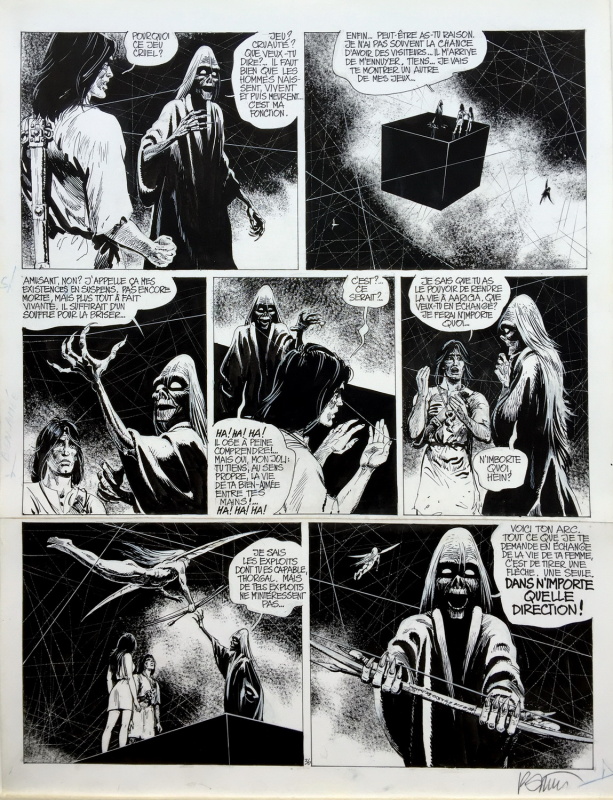 Born in Stalowa Wola, Grzegorz Rosinski grew up in Poland during the communist reign. He made his first comics in 1955, aged 16, and two years later he became editor-in-chief of a scouting magazine. He studied Graphic Arts in Warsaw from 1961 to 1967. He became art director of the magazine Relax in 1976, and also also took on historical and science fiction stories for this magazine. In the mid-1970s, he met André-Paul Duchâteau and Jean Van Hamme, who were very impressed by Rosinski's talent. Rosinski came to Brussels and began a prolific career in Belgian comics. His first comics were 'L'Assassin' for Tintin, short stories in Le Trombone Illustré and 'La Croisière Fantastique' in Spirou under the pseudonym Rosek. He had his breakthrough with the fantastic 'Thorgal' series, written by Jean van Hamme and first serialized in Tintin magazine in 1977. In 1988 Rosinski and Van Hamme made the critically acclaimed fantasy graphic novel 'Le Grand pouvoir du Chninkel' for Casterman's Les Romans (A suivre) collection. The original story appeared in black and white, it reprinted in color as a trilogy in 2001 and 2002. Between 1993 and 1998 Rosinski made four books in the series 'La Complainte des Landes Perdues' with writer Jean Dufaux. Text (c) Lambiek
Go to Grzegorz Rosinski's page 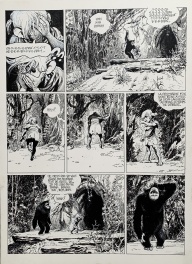 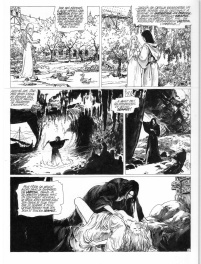 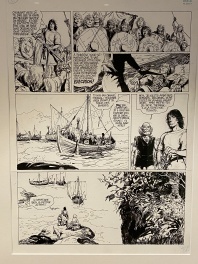 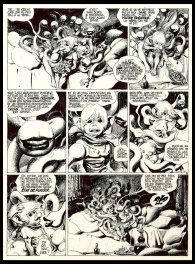