Sign up
In Anaxagore 's collection
Back to gallery 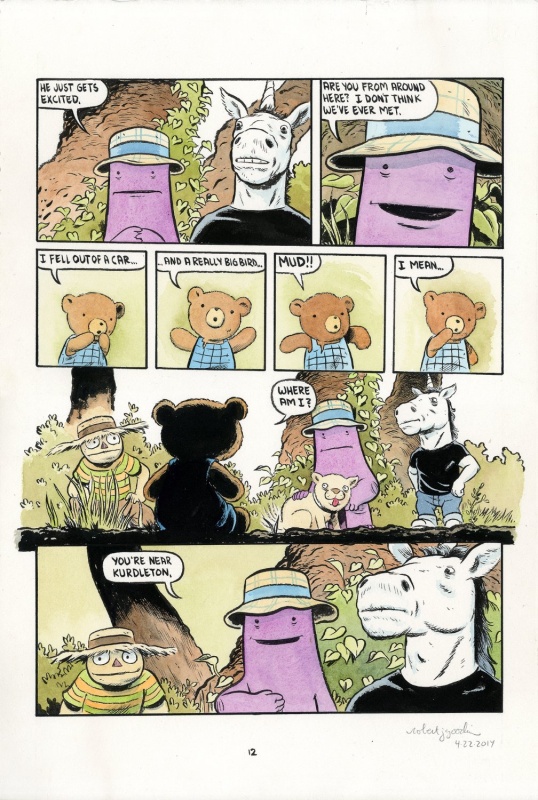 Robert Goodin grew up in California, and started working in the animation industry after graduating from high school. He founded Robot Publishing, a collective of eight artists (including Joy Kolitsky. Anthony Yukojevich, Michael Kenny, Jennifer Yuh Nelson, Cathy Malkasian and Andrew Brandou), and published the anthology 'Oden' in 1998. In 2002, Robert Goodin left his day job and devoted himself to comics, co-editing the anthology 'Top Shelf Asks The Big Questions' and contributing comics to Kitchen Sink Magazine. Since the mid 2000s, he has been mainly working in the animator industry on series like 'Rugrats', 'As Told by Ginger', 'The Wild Thornberrys' and Seth MacFarlane's 'American Dad!'. He has continued to contribute comic stories to the Fantagraphics anthology series 'Mome'. In 2008 he released the one-shot 'The Man Who Loved Breasts' through Top Shelf Productions. 2015 saw the publication of the first book of his dark children's story 'The Kurdles', about a lost stuffed bear, who ends up with a peculiar group of characters in a home called Kurdleton. Text (c) Lambiek
Go to Robert Goodin's page