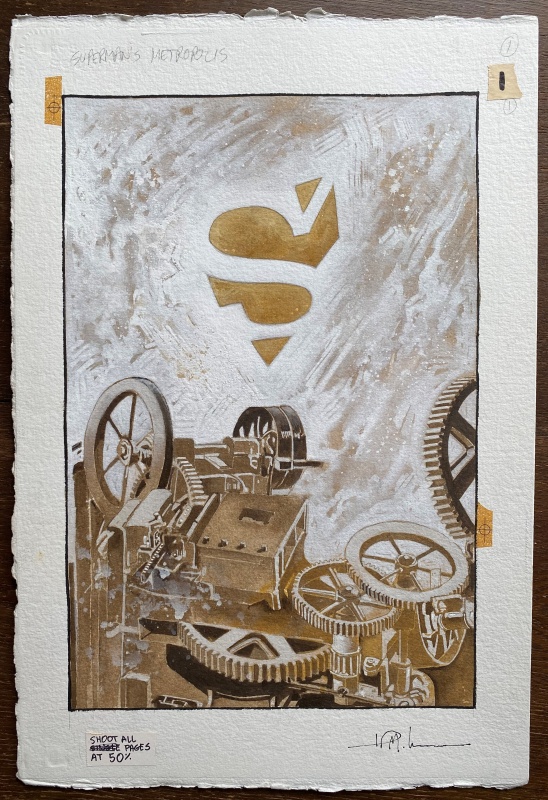 Superman's Metropolis is a DC Comics comic book and a Superman Elseworlds publication. It is the first part of a trilogy based on German Expressionist cinema, succeeded by Batman: Nosferatu and Wonder Woman: The Blue Amazon. It was written by Jean-Marc Lofficier, Randy Lofficier and Roy Thomas and illustrated by Ted McKeever.
The story of Superman's Metropolis is "patterned" after Fritz Lang's classic film Metropolis, which had, in fact, been the inspiration for the city of the same name in the Superman canon.

Ted McKeever's earliest works were self-published or put out through now-defunct companies. His first professional work appeared in 1987, when his series 'Transit' was published by Vortex Comics. This was followed in 1987-1988 by the 12 part series about asylum escapee 'Eddy Current' at Mad Dog Graphics. In 1990 he moved over to Epic, where he created the surreal comic 'Plastic Forks', about animal experimentation. Also for Epic was the angels and demons comic book 'Metropol', that was published in 1991 and 1992. McKeever teamed up with Peter Milligan to create 'The Extremist' at DC/Vertigo in 1993. McKeever has also worked on several comic books dealing with alternative realities in the DC superhero universe, such as the 'Elseworlds' trilogy 'Superman's Metropolis', 'Batman: Nosferatu' and 'Wonder Woman: The Blue Amazon' (with Randy and Jean-Marc Lofficier). Since 2000, McKeever has gone through long stints of little released activity; much of which due to work on an aborted 'John Carter of Mars' series. He has however produced the 6 issue DC mini-series 'Enginehead' (2004) with Joe Kelly and done contributions to 'Little Book of Horror: War of the Worlds' (IDW, 2005), 'Doomed' (IDW, 2006) and 'Comic Book Tattoo' (Image Comics, 2008). He also participated in anthology comics like 'Marvel Knights Double Shot', 'The Matrix Comics' and 'Marvel Monsters'. Text (c) Lambiek
Go to Ted McKeever's page 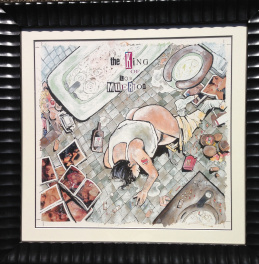 The King by Ted McKeever 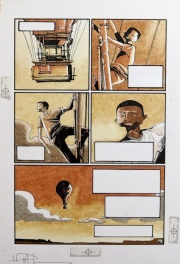 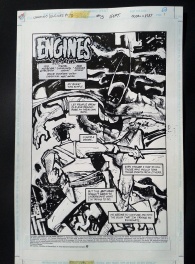 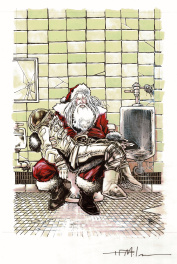