In Ambreville  's collection
Back to gallery 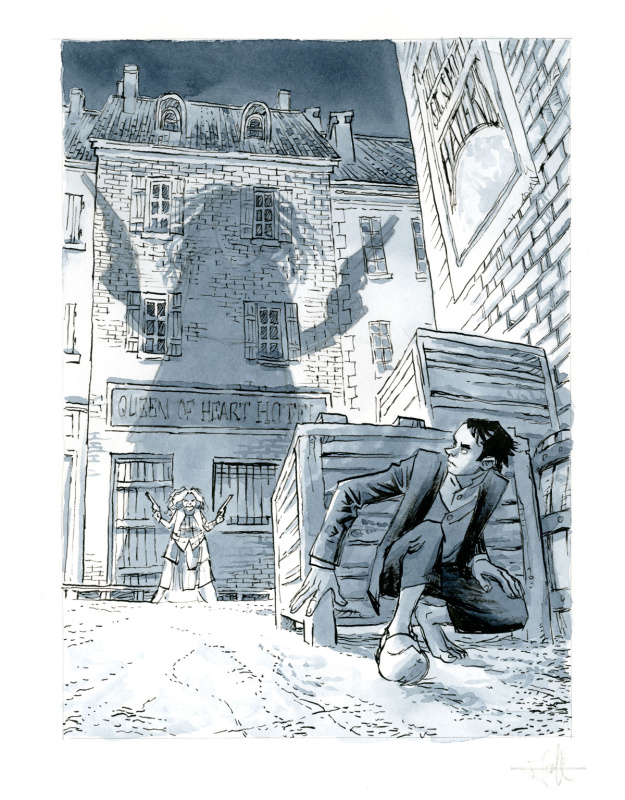 French comic book artist Julien Maffre was born in Castres. He got his Fine Arts education in Perpignan, and became a member of the Sanzot comics studio in Angoulême in 2006. He has made the historical trilogy 'Le Tombeau d'Alexandre' from scripts by studio colleague Isabelle Dethan for Delcourt between 2008 and 2011. By 2010, he joined L'Atelier du Marquis de Crocogoule, another Angoulême-based comics ensemble, where he made the first two installments of the series 'La Banque' for writers Pierre Boisserie and Philippe Guillaume and Éditions Dargaud. In 2015, he joined his brother Frédéric in the launch of a new comics project, the a-typical western 'Stern', that is also published by Dargaud. Text (c) Lambiek
Go to Julien Maffre's page 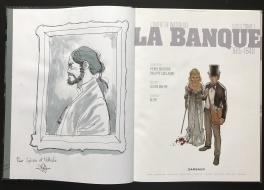 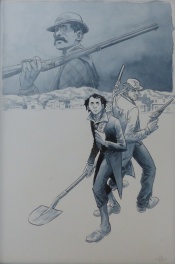