In michael07  's collection
Back to gallery 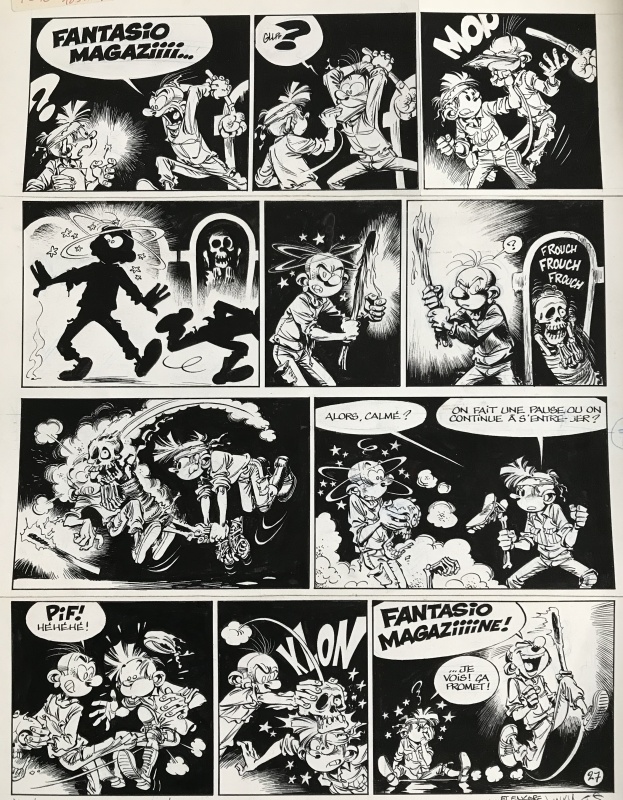 Jean-Richard Geurts, perhaps better known under his pseudonym Janry (born 2 October 1957), is a comics artist. With Tome he created Le Petit Spirou and made several Spirou et Fantasio albums. Born in Jadotville (now Likasi) in the Belgian Congo (now Democratic Republic of the Congo), he moved to Brussels, Belgium with his parents when he was ten years old, and went to school in Jodoigne.[1] His main hobby at the time was drawing, especially planes and other technological items. In 1974, he took a comics course where he learned to draw figures, and where he met Vandevelde, of the same age and also studying in Jodoigne, although at a different college. They became friends, and attended the same Art Academy in Sint-Lambrechts-Woluwe studying the making of comics. There they met Stéphane De Becker, and the three together made comics, sharing the roles of author, artists, and colourist, but later they all would more or less specialize, with Janry mainly functioning as the artist.
Go to Janry's page
Remove from favorite artists  Add to favorite artists
78 comments
To leave a comment on that piece, please log in

pportillo This is probably the best piece of art I have seen here for a long time. I wish I could get one for myself one day. Congratulations!
Sep 9, 2018, 9:24 PM