Sign up
In BenD 's collection
Back to gallery 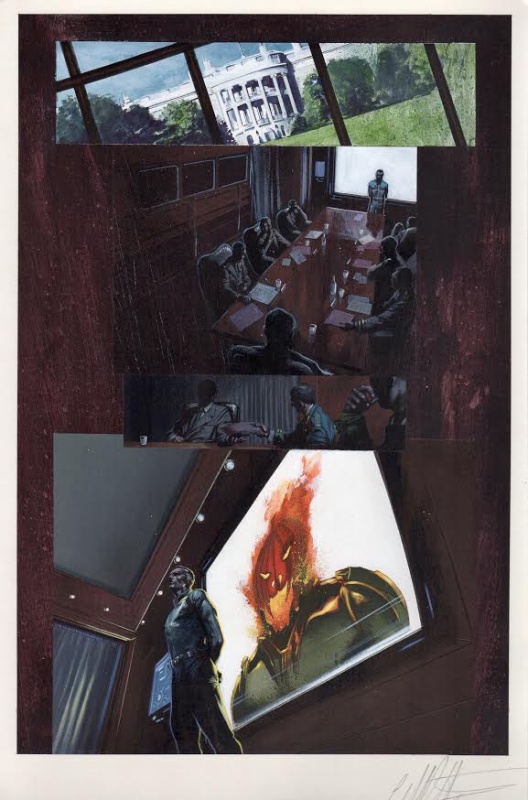 Gabriele Dell’Otto (born December 20, 1973) is an Italian illustrator and author whose works have been published in several countries in the fields of scientific illustration, calendars, lithographies, books, colored graphic folders, and cover work for magazines and video games.In 1998 Dell'Otto started collaborating with the European division of Marvel Comics, producing covers, posters and lithographies for Italy, France and Germany. In Germany he started collaborating with DC Comics and other publishers such as IPP, Egmont Ehapa and MG Publishing.In 2002-2003 the Italian Carabinieri hired him to design the images for their historical calendar. In 2002 his work was shown to Joe Quesada, the editor-in-chief of Marvel Comics, who assigned him the art duties for the Secret War mini-series, written by Brian Michael Bendis. In 2006 he illustrated the cover and promotional images of the Italian version of the Activision videogame Marvel: Ultimate Alliance.
Go to Gabriele Dell'Otto's page 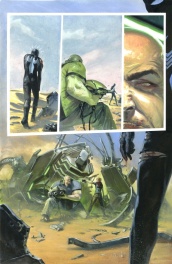 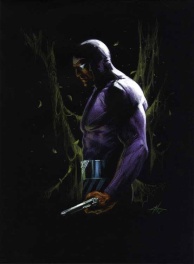 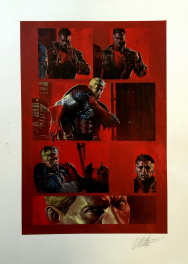 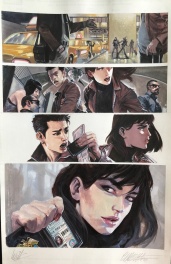