Artwork for sale by Mimi275
See Mimi275's art for sale 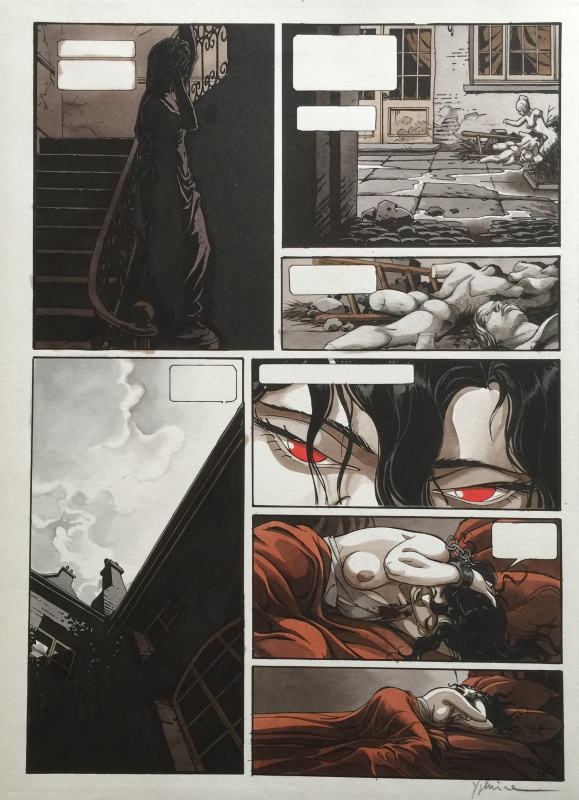 Bernard Hislaire is a Belgian artist, who is known for his poetic and litterary comics oeuvre, which he has mostly published under the name Yslaire. in 1978 he started his breakthrough series, the poetic and romantic 'Bidouille et Violette'. Hislaire's series about the love between two adolescents was unique for its time, especially in magazines like Spirou. It called in a new wave of more personal comic stories, which was also represented in Spirou by Geerts' 'Jojo' and Wasterlain's 'Docteur Poche'. The series continued to appear in Spirou until 1986, when Bidouille and Violette's young love ended tragically in a car accident. Hislaire himself had radically changed his drawing style in 1986. He assumed the pseudonym Yslaire and began 'Sambre' with scriptwriter Balac (a pseudonym of Yann) in publisher Glénat's Circus magazine. This critically acclaimed and darkly romantic saga about the impossible love between Bernard Sambre and a young farmer girl during the French Revolution was drawn in a far more realistic style than Hislaire's previous work and contained several literary references. Yslaire took over the scriptwriting from Yann while working on the second episode in 1987. He has made several new albums that have been published with large intervals by Glénat since then.
Go to Yslaire's page
Remove from favorite artists  Add to favorite artists
13 comments
To leave a comment on that piece, please log in

Other sales from Mimi275