In Grainderiz25 's collection
Back to gallery Raoul Buzzelli was an Italian comic book artist. He cooperated with children's magazines like Fantasie Gioconde in the late 1950s, drawing 'Le avventure spaziali del Prof. Barbon' from scripts by Frank Privitera. He is best-known for drawing the humorous pornographic comic 'Sam Bot' from scripts by Franco Pippo. The strip originated in the 1973-1975 period as 'Peter Paper' in a series of adult pocket books published by Edizioni RG. A new series followed in 1976-1978 through Ediperiodici, and in France through Elvifrance. Raoul Buzzelli commited suicide in Rome in 1982, at the age of 50. He was the brother of comic artist Guido Buzzelli. Text (c) Lambiek
Go to Raoul Buzzelli's page 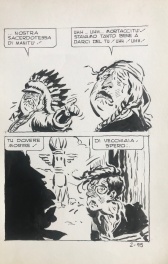 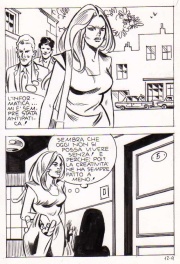 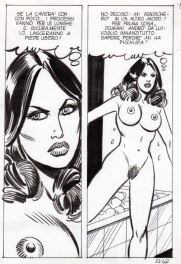 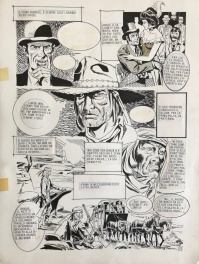