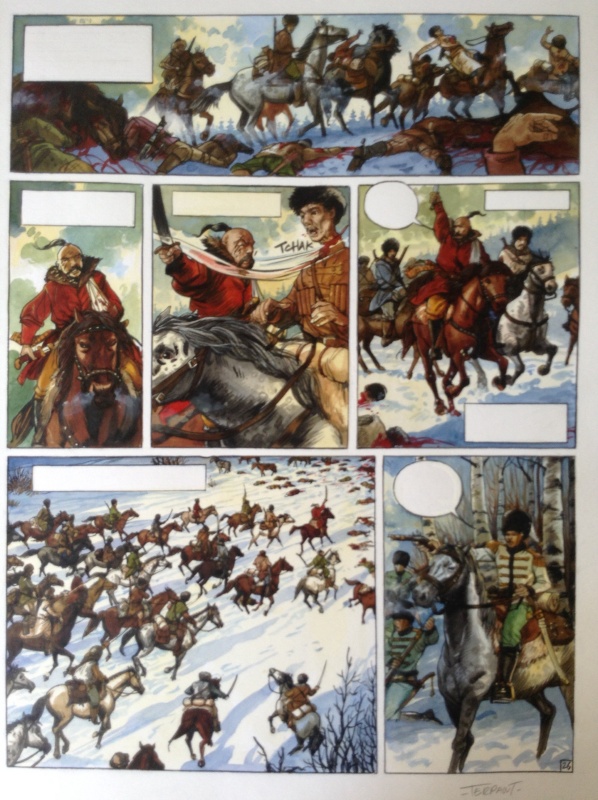 After his art education, Jacques Terpant made his professional debut in Métal Hurlant. Here, he worked with Luc Cornillon on several war stories, collected under the title 'Blanle-bas de Combat'. At the same time, Terpant started a successful career as an illustrator for several publishers and magazines. In 1988, he returned to the comic scene with 'La Citadelle Pourpre' and 'Le Céleste'. In collaboration with Philippe Bonifay, he conceived 'Le Passage de la Saison Morte' for Glénat a year later. In 1992, he became chief of collection at the publisher Armand Colin and drew 'Damien ou l'Histoire d'un Diabétique'. Two years later, he teamed up with Bonifay again and created 'Messara'. Terpant's drawings, inspired by both American and French comics, and his direct color give his work a personal, realistic style. Text (c) Lambiek
Go to Jacques Terpant's page
Remove from favorite artists  Add to favorite artists
To leave a comment on that piece, please log in