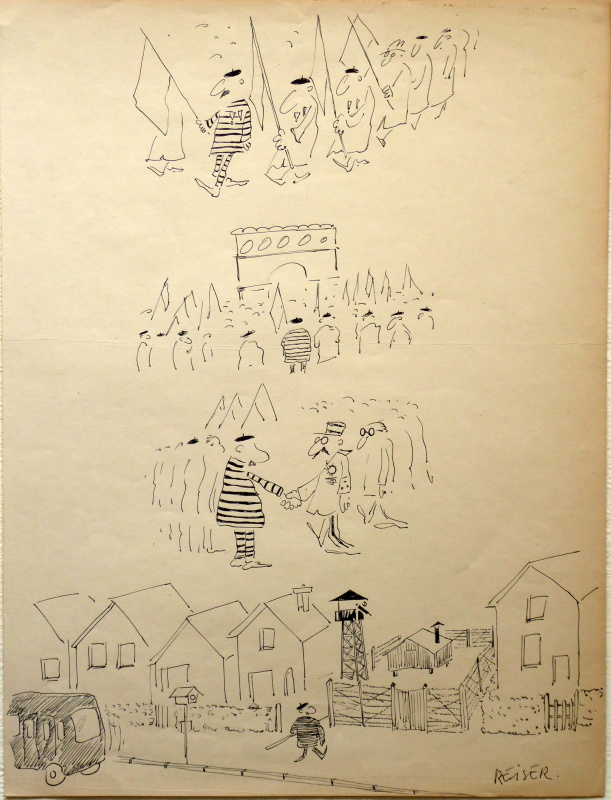 A prolific cartoon artist from 1959 until his death, Reiser made his debut in the publication La Gazette de Nectar for the Nicolas winery. His works are to this day controversial, with some people enthusiastically endorsing them, and others loathing them. At a 2004 exhibition of his works in the Centre Pompidou, the entrance displayed the warning "Beware! Some of the exhibited pictures could hurt the feelings of several visitors." He founded the Franco-Belgian comics magazine Hara-Kiri in 1960 together with Fred and François Cavanna.[1] Reiser was known to attack taboos of all kinds.Hara-Kiri was banned in 1970 by the French Minister of the Interior for allegedly mocking the recently deceased Charles de Gaulle. Reiser subsequently published his drawings in the follow-up magazine Charlie Hebdo and several other publications. In 1978 he won the Grand Prix de la ville d'Angoulême. He died on November 5, 1983 in Paris, of bone cancer.
Go to Jean-Marc Reiser's page
Remove from favorite artists  Add to favorite artists