In Waline  's collection
Back to gallery 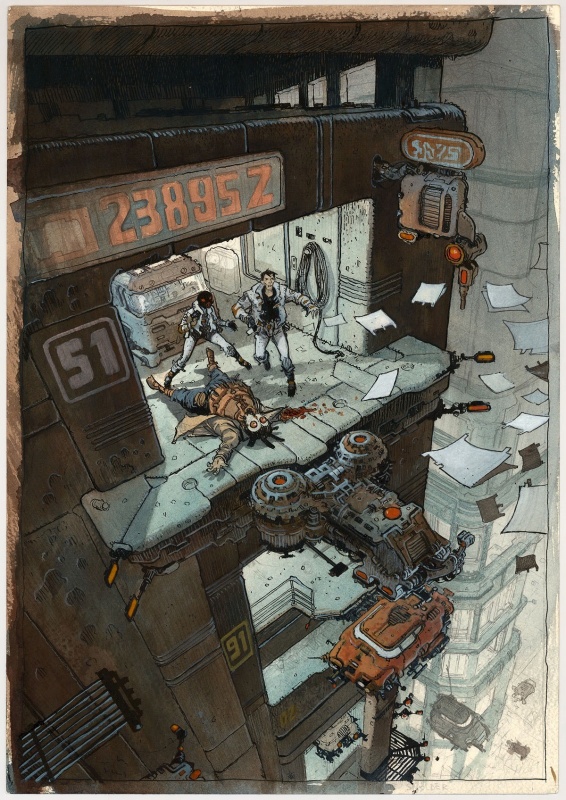 Serge Pellé graduated from the Brassart art school in 1989. He began his career as a commercial artist in Paris. For the publishing house Vents d'Ouest he made several commission albums with Thomas Mosdi. In 1996 he was present at Le Téméraire with the comic 'Le Grand Chambardement', that he made under the pseudonym Torgnoll. Subsequently, Pellé worked for theatre, video games and animation. He did the designs for the serial 'Malo Korrigan' and the storyboards for 'Kaputt & Zosky'. In 2006 he teamed up with Sylvain Runberg to create the series 'Orbital', that is published by Dupuis. Text (c) Lambiek
Go to Serge Pellé's page
Remove from favorite artists  Add to favorite artists
25 comments
To leave a comment on that piece, please log in

comixfan Great looking page. I love the use of perspective. Seeing some of the reference lines used to create depth is a nice touch.
Nov 23, 2016, 11:36 PM