In cyril31 's collection
Back to gallery 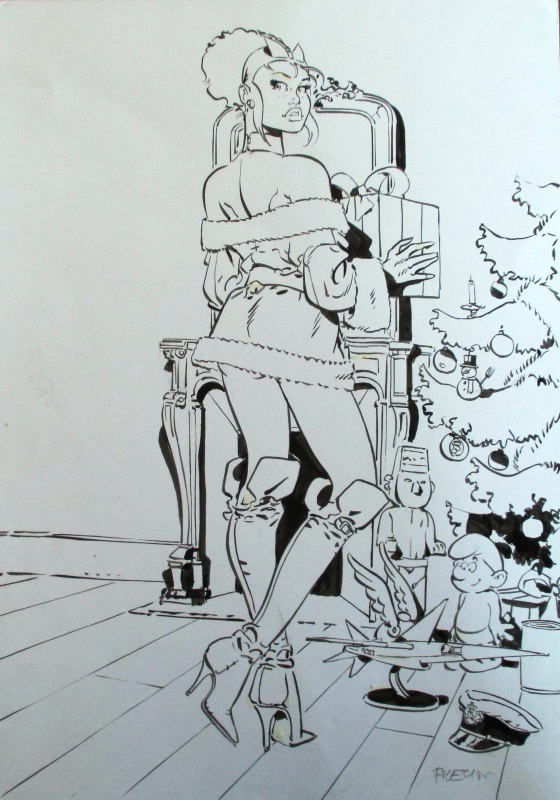 Félix Meynet was born in the snow covered mountains of Chablais, so he initially became a ski instructor. For fun, he decorated monoskis and snowboards with his art, before he eventually started out working as comic artist. He joined the editorial team of Circus, where he met the scenarist Pascal Roman. Together, they made a couple of short stories and started the 'Double M' series at Dargaud in 1992. While working on this series, Meynet illustrated several stories with 'Marie Adélaïde' for the biker magazines Wanted Komiks and Bikers, and created the character of 'Fanfoué', a "mountain granddad" for the local press. The Fanfoué character also made several guest appearances in 'Double M', and is used in local advertisements. In January 1998, Félix Meynet teamed up with the scenarist François Corteggiani and created 'Tatiana K.' for Dargaud until 2001. With Yann, he subsequently produced 'Les Éternels' for BoDoï magazine and Dargaud. Text (c) Lambiek
Go to Félix Meynet's page
Remove from favorite artists  Add to favorite artists