In sebreg 's collection
Back to gallery 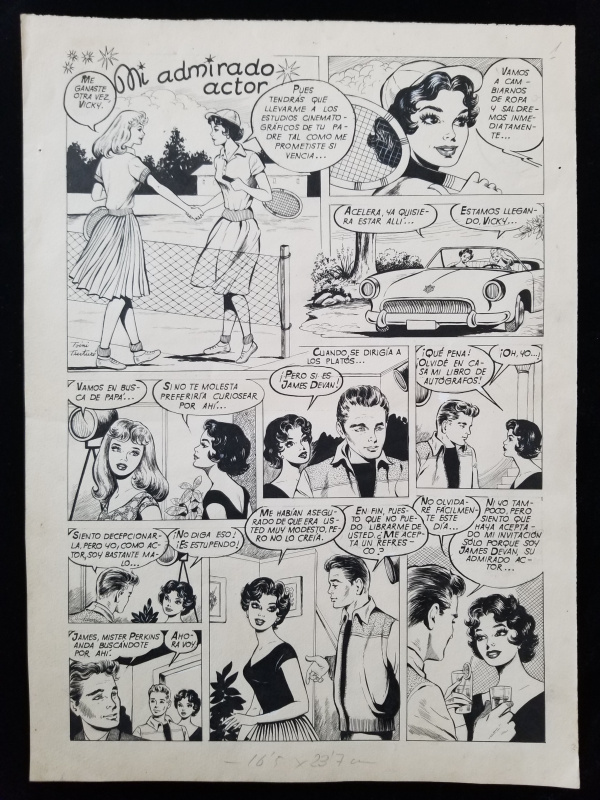 The self-taught Catalan artist Trini Tinturé draws mainly girls comics. She moved from her native Lleida to Barcelona to begin her artistic career. Starting in the 1960s, she did some advertising jobs, and cooperated on such children's and teenagers' publications as Piluchi, Mercedis, Mari Luz and 17 Años. She joined the publishing house Bruguera, where she drew for Celia and Sissi. For the latter, she created the character 'Emma es Encantadora' with writer Francisco Pérez Navarro.

She also took on a large production for foreign publications. Throught the Bardon Art Studios, she has drawn for several British and Scottish publications. In Jurtz, she drew the 'Oh, Tinker!' series, and for Twinkle, she created the little lamb 'Curly'.

When the publishing house Bruguera folded, Tinturé began a collaboration with the German girls' magazine Biggi, for which she illustrated the title comic. She also became a regular contributor to the Dutch magazine Tina, drawing the 'Micky' and 'Siska' series. Also for Holland, she contributed to Penny.