In Ghostin  's collection
Back to gallery 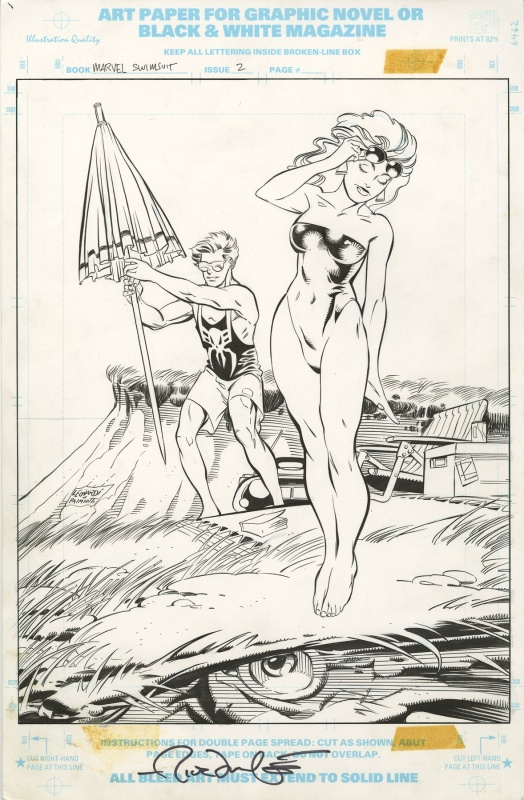 Spider-Man 2099 Miguel O'Hara enjoying a day on the beach (or so they think!) with Lyla -LYrate Lifeform Approximation - an android personal assistant modeled after Marilyn Monroe.
The character has been re-introduced this year in the Superior Spider-Man series, whose renewed popularity warranted a relaunch of the Spider-Man 2099 title in 2014.
This is certainly one of the best known image of Lyla, with this figure even used on the character's Marvel Wikia page. http://marvel.wikia.com/Lyla
This art has an image area of approximately 10" x 15" on standard 11" x 17" board.

Rick Leonardi was born in Philadelphia in 1957 and grew up in New England. He graduated from Dartmouth College in 1979, then had several jobs for over a decade. He started drawing for Marvel in 1980. He has drawn for various titles, including 'Spider-Man', 'Hulk', 'Vision and Scarlet Witch', 'Cloak & Dagger' and 'Uncanny X-Men'. In the 1990s, he co-created 'Spider-Man 2099', as well as the mini-series 'Colossus TPB: God's Country' and 'Rampaging Hulk'. In addition to his Marvel work, he was present at Dark Horse in the 1990s with 'Predator' and at DC with 'Batman' and 'Teen Titans'.. Text (c) Lambiek
Go to Rick Leonardi's page 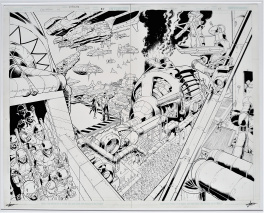 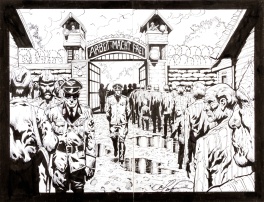 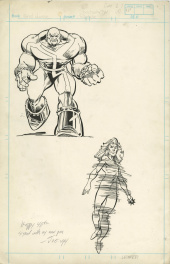