In Simpleton 's collection
Back to gallery 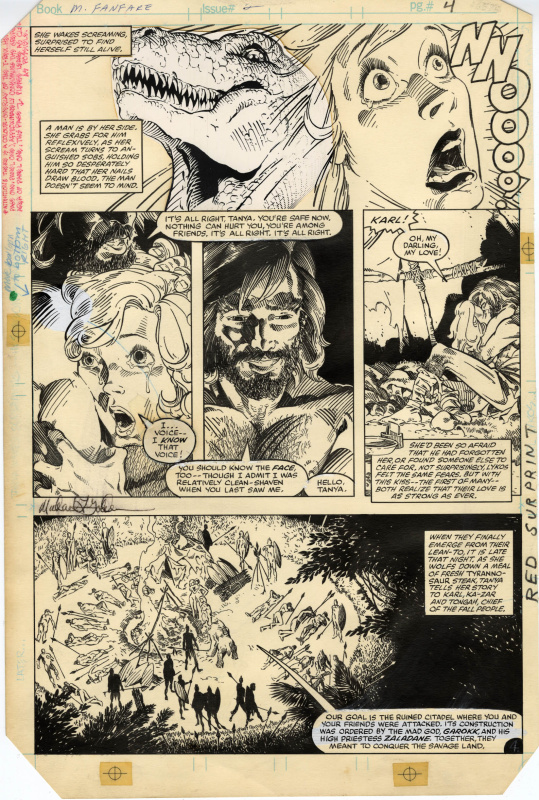 Michael Golden was one of the most popular Marvel artists of the 1980's. Golden's artwork is highly detailed, but readable. His first work for Marvel was the 'Micronauts' series, which appeared in the late 1970s. He has worked in several genres, from superhero ('Dr Strange') to funny animal ('Bucky O'Hare') and war stories ('The 'Nam'). He was a productive cover artist during the late 1970's and 1980's on titles like 'Doctor Strange', 'Rom' and 'She-Hulk'. Among his other credits are 'The Avengers', 'Wolverine', 'Batman', 'G.I. Joe' and the 'Howard the Duck' black & white magazine. Highly productive in the 1980s, his activity began to decline in the 1990s. Text (c) Lambiek
Go to Michael Golden's page 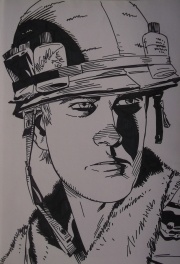 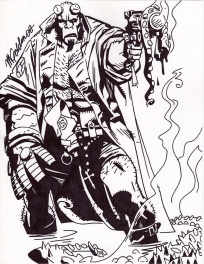 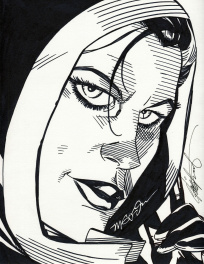 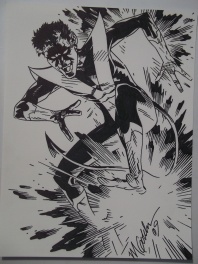