In Makimara  's collection
Back to gallery 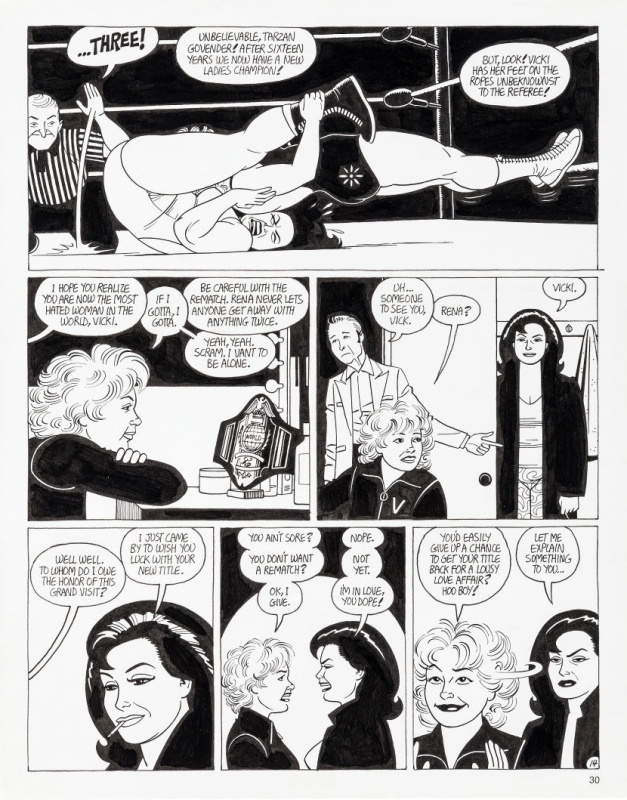 Jaime Hernandez is one of the Hernandez Bros, also known as Los Bros Hernandez. Together with his brothers Gilbert and Mario, he made his comix debut in the fanzine Love and Rockets, to which each of the Los Bros made his own contribution. These comix were later published in trade paperback format, with titles that include 'Music for Mechanics', 'Wigwam Bam' and 'Blood of Palomar'. The books earned them a cult status, and the Gilbert and Jaime virtually defined alternative comix in the 1980s. Jaime's main characters were Maggie and Hopey, whose stories appeared in Love and Rocket between 1981 and 1996 and were later collected in the big graphic novel 'Locas' by Fantagraphics. By 1996, the brothers took a hiatus from Love and Rockets, and Jaime went to work on his solo projects 'Whoa, Nellie!', about female wrestling, and 'Penny Century'. In 2001, Gilbert and Jaime, accompanied by their brother Mario, relaunched Love and Rockets, now called Love and Rockets Vol. II, with a rate of three new issues a year. Jaime Hernandez lives and works in Pasadena, California, and occasionally draws for The New Yorker. Text (c) Lambiek
Go to Jaime Hernandez's page 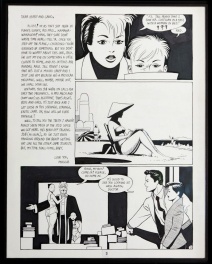 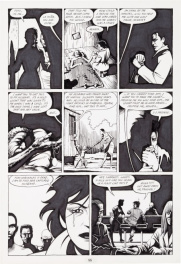 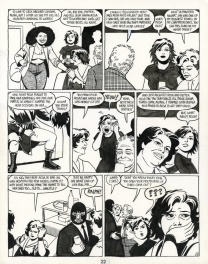 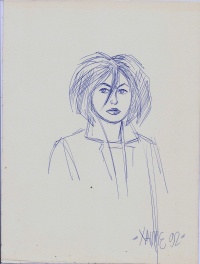